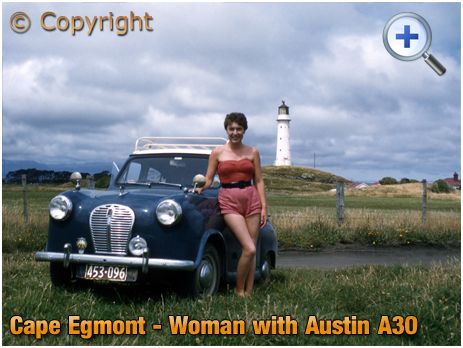 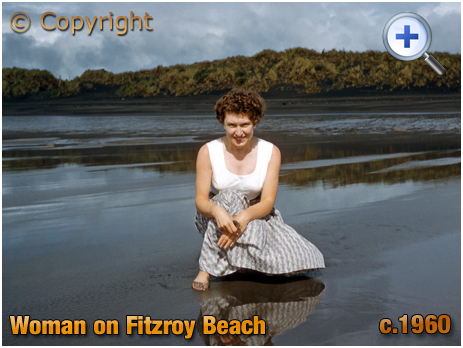 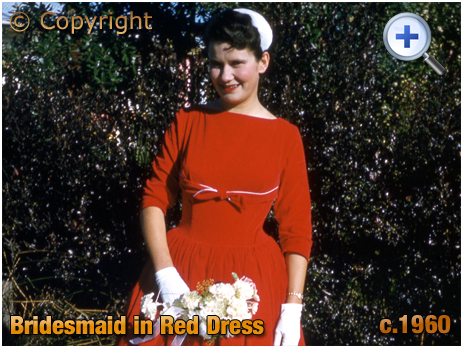 A wedding photograph taken at the start of the 1960s. This bridesmaid is wearing a bright red dress with white accessories. It looks as though she is wearing a pill box hat. The photograph was taken in New Zealand.