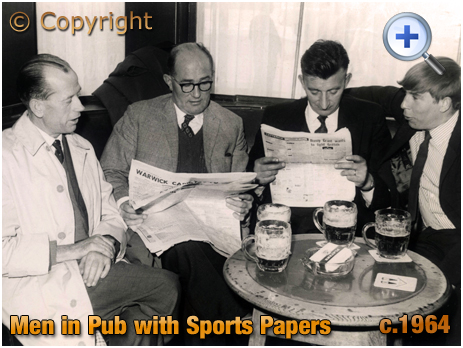 Sadly, I do not know the pub these men are patronising. It is likely to be a Saturday lunchtime session as the men are what my father used to call "studying the form." Races at Warwick and Catterick are featured in the newspapers. A spent packet of Players cigarettes is in the ashtray. One of the headlines in the sport pages is that "Bunny Grant wants to fight Griffith," suggesting a date of around 1964. Bunny Grant was a Jamaican boxer and held the British Commonwealth lightweight title. If the man on the left has just got the beers in, then the man responsible for the next round is now under pressure as he will have glanced at the level of beer remaining and it is almost time to shout up, advance to the servery and get them in. 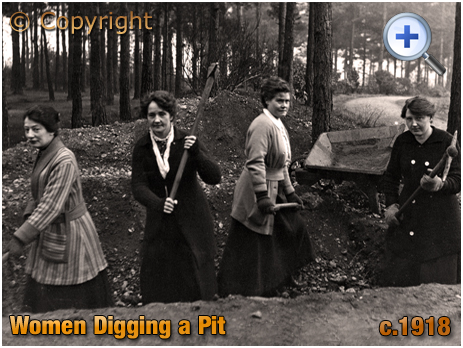 This is an interesting social history photograph. However, I am not quite sure what is happening? The image was captured towards the end of World War One - yes, there was a male labour shortage. But why are these women digging a pit or trench in a forest? The location is on the edge of London as it was in those days, perhaps Epping but I am not certain. Although a hole has been dug out, it may be a staged photograph as there is hardly any dirt on any of the women! 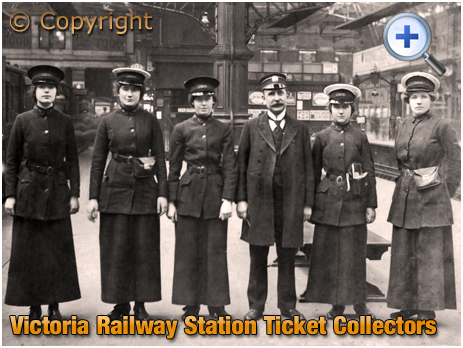 Five women are posing for a photograph with a male member of staff, possibly the station supervisor or master. This is an important social history item as the women had just been appointed as ticket collectors due to a shortage of men in the First World War. This presented women with a foothold into the transport sector. A short article in the Daily News, published in June 1915, remarked that "The London, Brighton, and South Coast Railway station at Victoria is the latest to adopt the woman ticket collector, 13 having been put on duty at the barriers during the last two days. They had completed a month's training at the company's main station at London Bridge. One of the girls, daughter of a railwayman, said: "I like the work very much because I am out in the open air all day. It is much better than working in a stuffy office." The women at Victoria Railway Station were on duty 10 hours a day, including two for meals and leisure. It was reported that "the company is treating them generously in the way of pay."