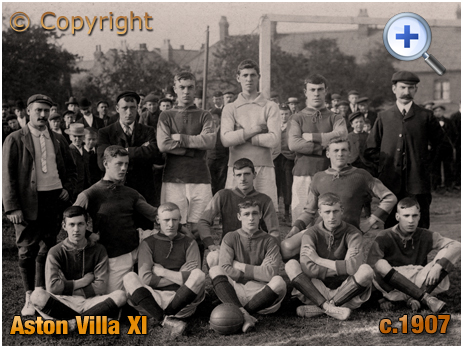 This photograph of Aston Villa was taken at Nuneaton. The image looks early Edwardian but I am not certain of the exact date. However, the two clubs engaged in friendly matches during this period, games in which the Villa would field a reserve or second team. For example, in September 1904 Aston Villa Reserves played at Nuneaton and, after leading by 3 goals to 1 at half-time, two of the goals being scored by Such and another added by Bentley, the visitors ran out easy winners, the final score being 6-2. The result could have been much worse for Nuneaton but their goalkeeper, Coton, was praised for his brilliant performance. He apparently faced a torrent of attacks during the game. However, in January 1907 Villa's third team were battered by Nuneaton Town in front of 2,000 spectators. The report stated that Villa were completely outclassed in a game that ended 6-0. These were important games for Nuneaton as they drew a large crowd which helped to boost much-needed funds. 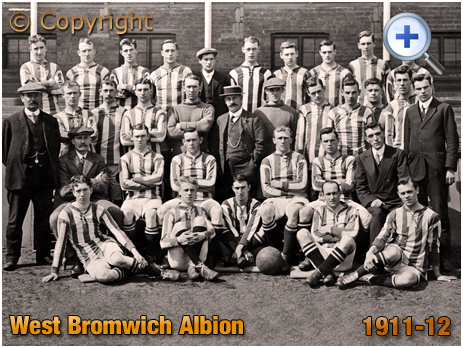 Players and staff have lined up for a squad photograph for West Bromwich Albion for the 1911-12 season. The Baggies finished 9th in the league during this season. Featuring the legend Jesse Pennington, the side had just been promoted to the First Division. They reached the F.A.Cup final at the end of the season but lost out to Barnsley after extra time in a replay at Bramhall Lane. 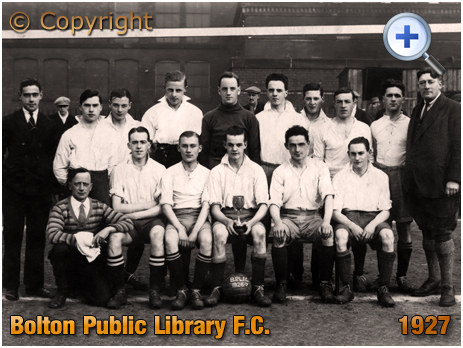 Those were the days - there were sufficient staff working at the public library to turn out a football team. The trophy they are proudly displaying is the Joyce Cup. I assume the trophy was named in honour of William Joyce, the Scottish footballer who played as a centre-forward for Bolton Wanderers in the 1890s. Whilst Bolton public library were spending free time playing football Rochdale's professional team were setting a new trend in football by starting a library for their players. In 1928 it was reported that the directors of the club had donated books for the literary education and recreation of their players. 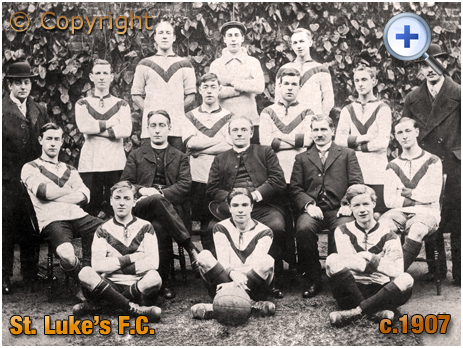 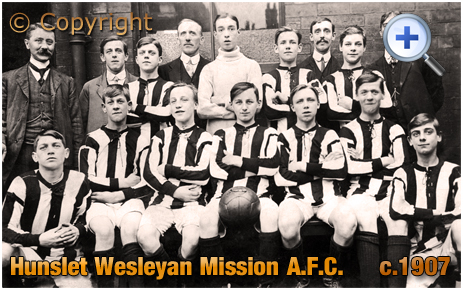