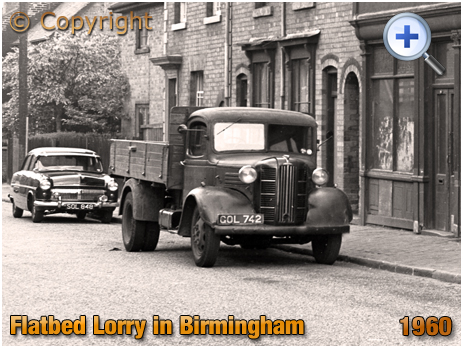 I am not sure of the exact location but this 1960 photograph was taken in Birmingham. It shows a small dropside lorry parked up. The registration plate of the vehicle was GOL 742. I think it may be an Austin Series 1 K4 Lorry. 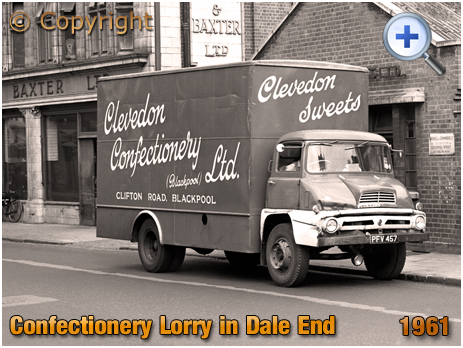 This Ford Thames Trader lorry was parked up in Dale End at Birmingham, possibly unloading into Marsh & Baxter. The lorry is actually parked in front of the premises of Gaskell & Chambers, bar fitters with works in Dale End, though the showroom was in neighbouring Coleshill Street. The lorry [registration plate PFV 457] belonged to Clevedon Confectionery Ltd., a firm based at Clifton Road in Blackpool. I believe this firm may have relocated to New Mills in Derbyshire. This Thames Trader, which had suffered a couple of bumps, was the earlier 1950s design. A Mk 2 version was introduced in mid-1962 but this model does not have the distinctive markings of the latter. 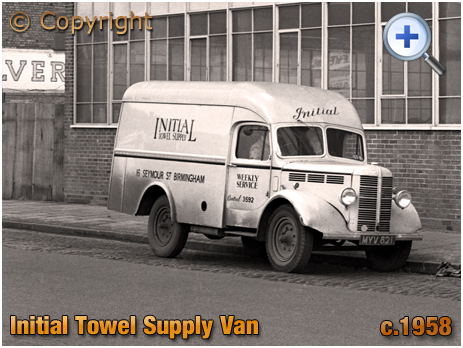 A woman is parked up outside a factory in Birmingham, possibly before or after servicing the premises. She was working for Initial Towel Supply based at 16 Seymour Street. The vehicle is an Bedford M Type van. The registration plate was MYV 821. 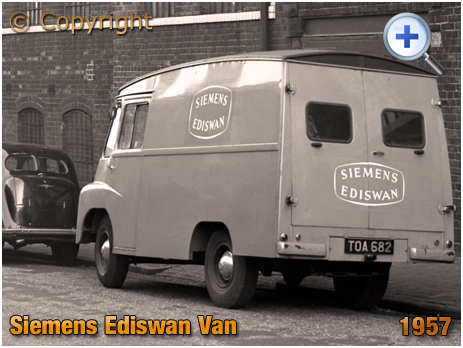 I think that this may be an Austin LD1 van. The registration plate was TOA 682 and it was photographed in Clifford Street at Birmingham in October 1957. The van was part of the fleet operated by Siemens Ediswan, a name that emerged in 1957 after the UK company was bought out by Siemens. 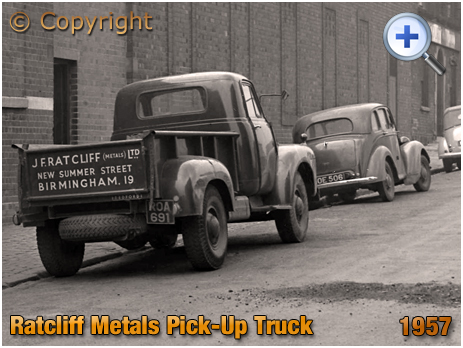 This looks to be a Bedford J Type Pick-Up Truck. The vehicle [registration plate ROA 691] was parked near its base in New Summer Street in Birmingham. It was owned by J. F. Ratcliff [Metals] Ltd. Established in 1872, this firm produced rolled metal, strip brass and copper alloys, had previously traded in Water Street. 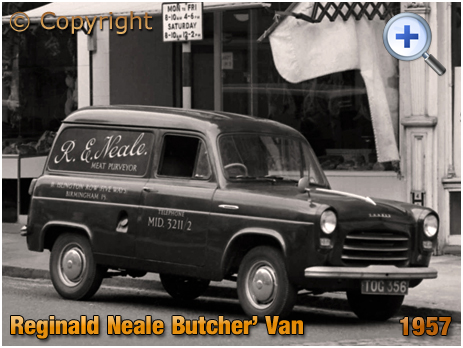 Bearing the number plate of TOG 356, this Ford panel van, possibly a Thames 300E, was photographed outside the butchery business of Reginald Ernest Neale who occupied two retail units at Nos.11 and 13 Islington Row in Birmingham. The shops were later removed for the Five Ways Shopping Centre development. 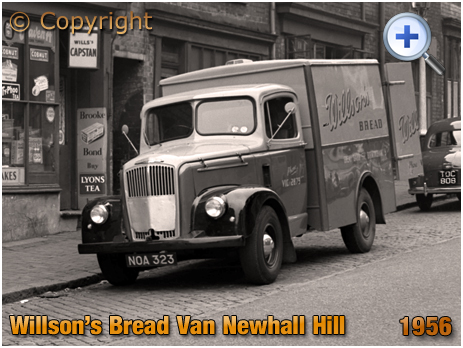 This photograph shows a Willson's bread van making a delivery to a small grocery shop on Newhall Hill in Birmingham. The registration of the van was NOA 323 and the image was captured in September 1956. It is thought to be a Morris-Commercial LC5. Willson's Bakery was based in Great Barr Street. William Willson took over from his father after marrying Gladys Baines. She was from a family that operated a large chain of bakery shops in the area. 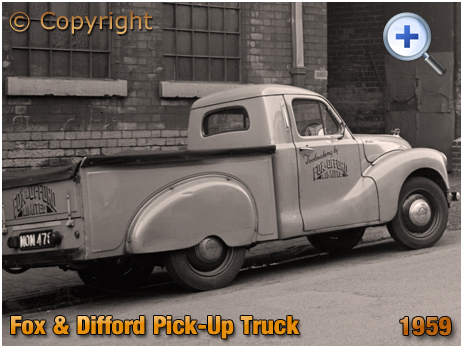 This Austin A40 Pick-Up was photographed on Alma Street in Birmingham in October 1959. The registration number was MOM 478. The vehicle was used by Fox & Offord, a tool-making business that operated in Alma Street. The firm was founded in 1923 by Samuel Alexander Fox. Born in 1875, he received his technical education at Gloucester and at Finsbury Technical College. He headed the firm in Birmingham until his death in 1948.