History and Information on Claverley in the County of Shropshire.

Some history of Claverley

More information on Claverley to follow. I probably created the page as I had a link to Claverley from another page. When building the site it is easier to place links as they crop up rather than go back later on. I realise this is frustrating if you were specifically looking for information on Claverley. There is information on Shropshire dotted around the website - click here for a suitable starting place. In the meantime, I have posted a couple of photographs. 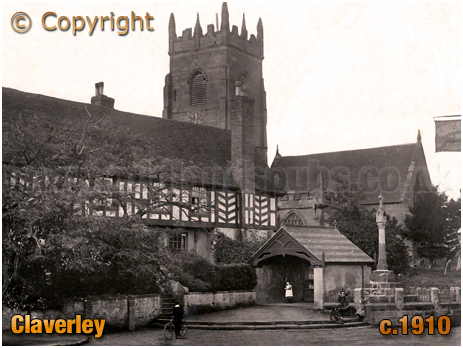 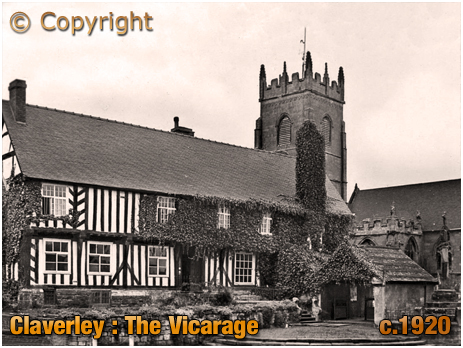 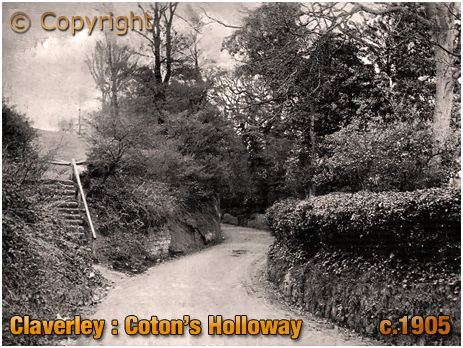 If you have a genealogy story or query regarding Claverley you can contact me and I will post it here in addition to including your message within the website pages for Shropshire Genealogy.

If you would like to share any further information on Claverley - perhaps you drank in one of the pubs in the past? Or maybe knew a previous publican running one of the boozers? Whatever the reason it would be great to hear of your stories or gossip. Simply send a message and I will post it here.

"On Friday last, a little boy, three years of age, son of John Williams, shepherd to Mr. Wilson, of Beobridge, near Claverley, was along with his father, who was cutting turnips. Somehow or other the poor little fellow put his hand to the knife, unperceived by his father, and his thumb was cut off. He was taken to Mr. Haslehurst, of Claverley, as quickly as possible, and his injured hand was dressed. He is going on favourably."
"Accident"
Shrewsbury Chronicle : June 3rd 1864 Page 6

"On Friday evening last, William Nock, grandson of John Nock, of the Ill-end, was returning home from taking a load of coals to Hopstone, and was about get into the cart to ride home, when the horse started, and the wheel went over his body. He rose up to follow the horse and cart, which had been stopped by two women, who got him into the cart and went with him, but before they had gone many yards the boy breathed his last. He was only 16 years of age."
"Accident at Rudge Heath"
Shrewsbury Chronicle : June 3rd 1864 Page 6

"On Thursday the 16th August, William Downes, bailiff tp Mr. Thomas Wilson, Farmcot, near Claverley, was showing a person how to use the horse rake, when the horse reared and threw him to the ground, putting his shoulder out. Downes was removed at once to the south Staffordshire hospital, where he is going well. On the same day a man named Jones, in the employ of W. Thursfield, Esq. of Beobridge, near Claverley, fell from a rick and was killed on the spot."
"Accidents"
Shrewsbury Chronicle : August 24th 1866 Page 5