History and Information on Wem in the County of Shropshire.

Some history of Wem

More information on Wem to follow. I probably created the page as I had a link to Wem from another page. When building the site it is easier to place links as they crop up rather than go back later on. I realise this is frustrating if you were specifically looking for information on Wem. There is information on Shropshire dotted around the website - click here for a suitable starting place. In the meantime, I have posted a couple of photographs. 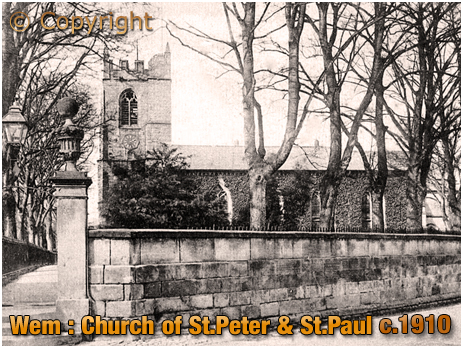 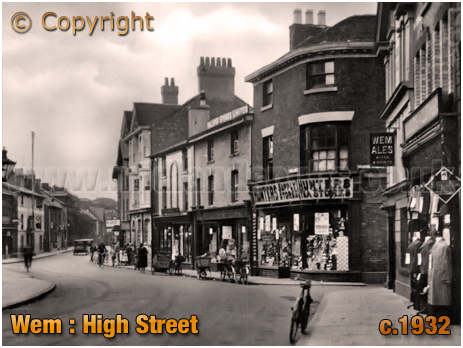 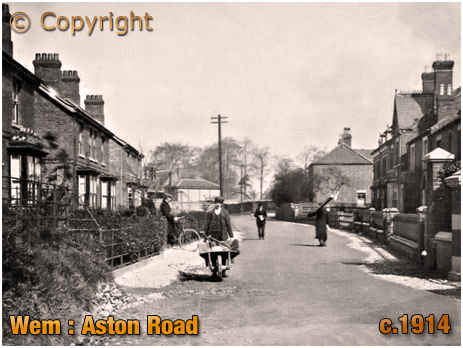 If you have a genealogy story or query regarding Wem you can contact me and I will post it here in addition to including your message within the website pages for Shropshire Genealogy.

If you would like to share any further information on Wem - perhaps you drank in one of the pubs in the past? Or maybe knew a previous publican running one of the boozers? Whatever the reason it would be great to hear of your stories or gossip. Simply send a message and I will post it here.

"John Rogers, aged 55, blacksmith, living at Wem, met with a frightful accident on Saturday. He was engaged in cutting chaff, when by some means his fingers got into the machine, which was driven by steam power, and his arm being drawn in, was chopped up piecemeal until the elbow was reached, when the machine was stopped. Rogers was at once taken the Salop Infirmary, where his injuries received attention."
"Frightful Accident at Wem"
Eddowes's Journal : April 1st 1885 Page 5