History and Information on Bloxwich in the County of Staffordshire.

Some history of Bloxwich

More information on Bloxwich to follow. I probably created the page as I had a link to Bloxwich from another page. When building the site it is easier to place links as they crop up rather than go back later on. I realise this is frustrating if you were specifically looking for information on Bloxwich. There is information on Staffordshire dotted around the website - click here for a suitable starting place. 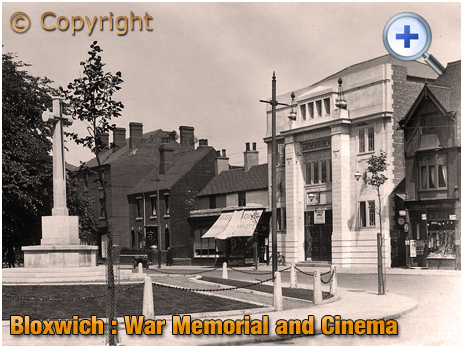 If you have a genealogy story or query regarding Bloxwich you can contact me and I will post it here in addition to including your message within the website pages for Staffordshire Genealogy.

If you would like to share any further information on Bloxwich - perhaps you drank in one of the pubs in the past? Or maybe knew a previous publican running one of the boozers? Whatever the reason it would be great to hear of your stories or gossip. Simply send a message and I will post it here.

"An accident in which a 74 years-old man was knocked down by a reversing van at the junction of Woodall Street and Revival Street, Bloxwich, was described to Walsall magistrates on Wednesday, when the van driver, William Henry Oakley [35], of 45 Buchanan Road, Walsall, denied that he drove carelessly. The bench found the case proved and he was fined £2 with £7. 6s.4d. costs. Mr. B. W Ravenscroft, prosecuting, said that the accident occurred when 74-years old Frederick James Wright Brant, was pushing his wheel-barrow along Revival Street towards his allotment. Brant said in evidence that the van knocked him to the ground, pinning his left-hand under the nearside rear wheel. The van stopped immediately he shouted and the driver helped to bandage his hand. As he was in a hurry to reach his allotment he told the van driver to forget the incident and, refusing medical aid, he continued on his way. Oakley told the court that it was he who informed the police of the incident. The mirrors of the van he was driving did not cover the whole of the rear of the vehicle, he said, and there was a "blind spot" where Mr. Brant must have been walking."
"Van Driver Fined After Bloxwich Accident"
Walsall Observer : September 16th 1960 Page 7