History and Information on Burslem in the County of Staffordshire.

Some history of Burslem

More information on Burslem to follow. I probably created the page as I had a link to Burslem from another page. When building the site it is easier to place links as they crop up rather than go back later on. I realise this is frustrating if you were specifically looking for information on Burslem. There is information on Staffordshire dotted around the website - click here for a suitable starting place. 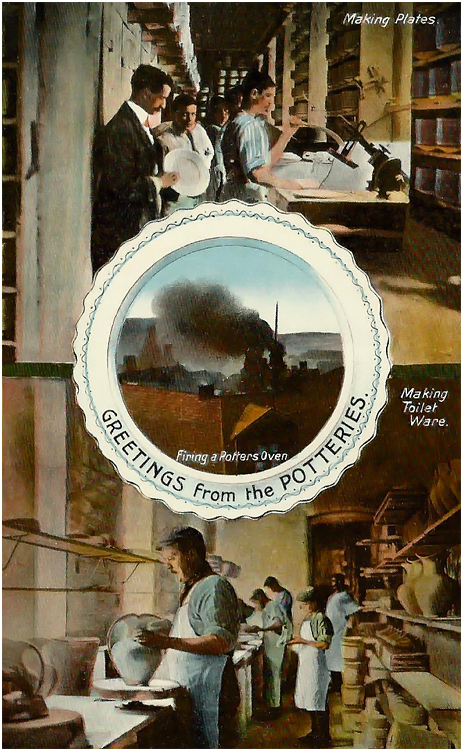 If you have a genealogy story or query regarding Burslem you can contact me and I will post it here in addition to including your message within the website pages for Staffordshire Genealogy.

If you would like to share any further information on Burslem - perhaps you drank in one of the pubs in the past? Or maybe knew a previous publican running one of the boozers? Whatever the reason it would be great to hear of your stories or gossip. Simply send a message and I will post it here.

"At Burslem yesterday, George Perry [50] was remanded for a week, charged with the murder of Emma Perry, his sister-in-law, who lived with her husband and accused. It was stated that the woman was found dead in the house with a wound in her throat, and later accused was rescued from the canal. Inspector Lewis said that, when charged, accused said he had a dog's life this weekend. "She would not leave me alone. She was drunk at the time. I have been under the doctor for five months."
"Murder Charge at Burslem"
The Scotsman : December 28th 1922 Page 8