History and Information on Rugeley in the County of Staffordshire.

Some history of Rugeley

More information on Rugeley to follow. I probably created the page as I had a link to Rugeley from another page. When building the site it is easier to place links as they crop up rather than go back later on. I realise this is frustrating if you were specifically looking for information on Rugeley. There is information on Staffordshire dotted around the website - click here for a suitable starting place. 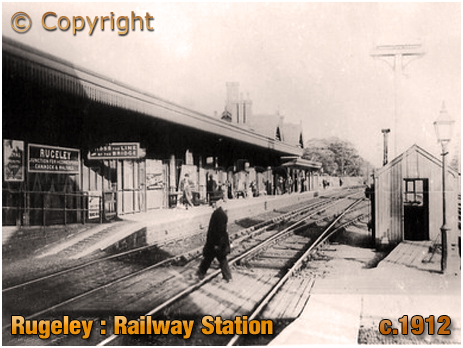 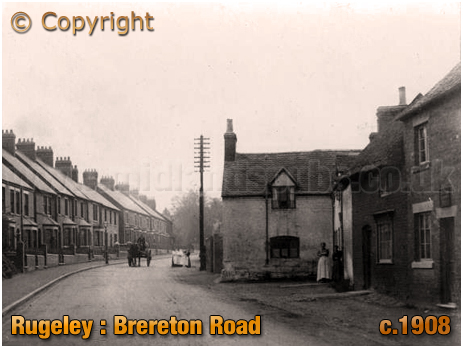 If you have a genealogy story or query regarding Rugeley you can contact me and I will post it here in addition to including your message within the website pages for Staffordshire Genealogy.

If you would like to share any further information on Rugeley - perhaps you drank in one of the pubs in the past? Or maybe knew a previous publican running one of the boozers? Whatever the reason it would be great to hear of your stories or gossip. Simply send a message and I will post it here.

"If one-half of the dark surmises regarding the crimes alleged against William Palmer should prove to be well founded, the Rugeley poisoning cases will form one of the most appalling records in the annals of crime. The inquiries instituted at Stafford and Rugeley have brought to light several new circumstances of a mysterious character; and it is now ascertained, upon the evidence of two or three persons, that Palmer was seen in the company of the late Lord George Bentinck on the day of his death. It is also said that he had had betting transactions with the noble Lord, and owed him a considerable sum of money at the time of his death. This information has tended to heighten the excitement already prevailing in Stafford, Nottingham, and Lichfield, where the accused. Palmer, is well-known. Additional inquiries have been set on foot to trace Palmer's movements on the day on which Lord George Bentinck's body was found in the field; and it is stated that there are witnesses in Nottingham who can depose to having seen Palmer and Lord George Bentinck together for some time before the death of the latter. He is also said to have entertained designs of a similar character with regard to four or five gentlemen with whom he had money transactions, and who are now residing in London, Manchester, Newcastle, Cambridge, and Nottingham. His modus operandi was to invite his intended victims to pay him a friendly visit, for two or three days, at a time when he knew they would have a considerable sum of money about them; and, had they accepted the invitation, there can be very little doubt what the end would have been. Suspicion was entertained by some of the insurance-offices that the death of Mr. Walter Palmer had not been strictly natural. Simpson, a shrewd and intelligent detective, was employed to make inquiries; and the result of his investigation was the opinion that that gentleman had died from poison, and that his brother, to whom the assurance policy had been assigned, was the person who had administered it. His sole object, however, was to protect the insurance-offices against an illegal demand, and for that end he obtained an interview with Mr. Palmer, at Rugeley, where he found him at home, apparently as much at ease as possible. After some commonplace remarks, Simpson turned abruptly to the subject of Mr. Walter Palmer's death, hinting that suspicions were entertained by some that it was of a mysterious nature, and alluding to Palmer himself as being best qualified, both from his relationship to the deceased and his medical knowledge, to set suspicion at rest. Palmer replied that he was not aware of any suspicious circumstances connected with the death of his brother; that he did not think there were any such circumstances; but that, if there were, strict inquiry ought to be made, and the murderer, if discovered, punished. Simpson, without further beating about the bush, suddenly announced that the assurance-offices had decided convictions that the death of Mr. Palmer had been accelerated or procured by poison, for the purpose of obtaining payment of the amount for which his life was assured, and that if the claim for payment were preferred it would be met on their part by charge of murder. Palmer sipped his wine, apparently still unmoved, repeating, that, if there were ground for inquiry, inquiry ought to be made, and that the guilt, if it existed, ought to be punished, and he hoped it would be. Simpson repeated his warning, and they parted. The deceased Mrs. Palmer, whose life was insured for £13,000, was a ward in Chancery. During a long period before her marriage to Palmer her guardian resolutely opposed the union, and the Master in Chancery also withheld his consent for some time. Yielding, however, to the entreaties of the young lady herself, both objectors subsequently ceased their opposition, and the marriage ensued. The adjourned inquest on the bodies of the prisoner's wife and brother was to be resumed yesterday [Friday], and was expected to last two days."
"The Rugeley Poisoning Cases"
Illustrated London News : January 12th 1856 Page 14