Some history of the Railway Tavern at Tamworth in Staffordshire 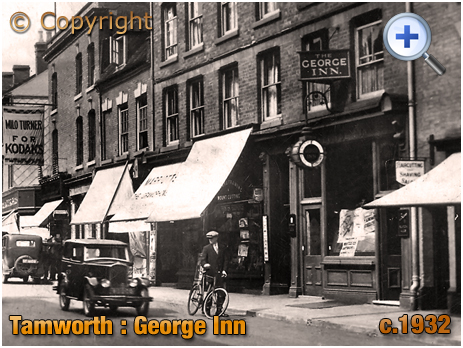 Licensees of the Railway Tavern

"Andrew Gibling, Irish labourer, Shuttington, was charged with using obscene language in George Street, on the 11th inst. It appears that defendant went to the Railway Tavern, and grossly abused Mr. Redding, the landlord, and became so violent that a crowd collected in the street. On the 14th ult. he was guilty of similar conduct at the Railway Tavern, and sent to gaol. Defendant did not appear and the bench inflicted a fine of 20s. and 8s. 6d. costs, or a month."
"Borough Sessions"
Tamworth Herald : November 23rd 1872 Page 4