History and Information on Tipton in the County of Staffordshire.

Some history of Tipton

More information on Tipton to follow. I probably created the page as I had a link to Tipton from another page. When building the site it is easier to place links as they crop up rather than go back later on. I realise this is frustrating if you were specifically looking for information on Tipton. There is information on Staffordshire dotted around the website - click here for a suitable starting place. 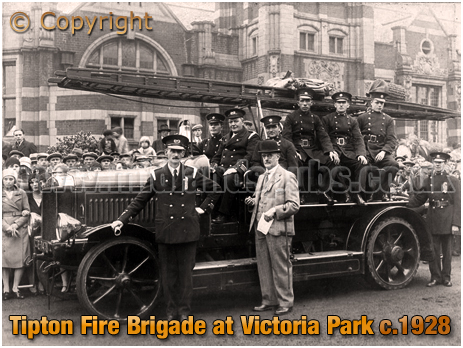 If you have a genealogy story or query regarding Tipton you can contact me and I will post it here in addition to including your message within the website pages for Staffordshire Genealogy.

If you would like to share any further information on Tipton - perhaps you drank in one of the pubs in the past? Or maybe knew a previous publican running one of the boozers? Whatever the reason it would be great to hear of your stories or gossip. Simply send a message and I will post it here.

"On Thursday last, at Dudley, Mr. H. Marshall [sitting with a jury] held an inquest relative to the death of John Samuel Kendrick, aged 51, who lived at No. 2. Shrubbery Villas, Horseley Road, Tipton, and who died at the Guest Hospital. Eliza Mary Kendrick said that the deceased was her brother-in-law, and lived at her house. He was employed as a general labourer at a tube works. On the evening of March 21st he left the house, saying he was going for a walk round Great Bridge. Shortly afterwards she heard that he had been injured, and a little later he was brought home, but was then taken to the Guest Hospital. She saw him on some of the following days, but he was too ill to tell her what had happened to him. Sidney Arthur Evans, aged 16, of 41 Locarno Road, Tipton, said he was a wood workers' machinist. About 7.10 p.m., on March 21st, he was riding a pedal cycle along Horseley Road, Tipton. He was on the left side of the road, and travelling about five or six miles an hour, going in the direction of Tipton Green. As he was passing Shrubbery Villas he saw deceased just in front of him, about a yard from the kerbing on the left-hand side. Witness rang his bell, and applied his brakes, but the cycle skidded on the "greasy" road, and the front wheel hit deceased, knocking him down. Deceased appeared to be crossing from one side of the road to the other. Witness had an electric light on the cycle, but the road was rather dark near the Shrubbery Villas, and witness could not see very far ahead. He did not see deceased until he was close upon him. Witness was not hurt by the impact, nor was the cycle damaged. Albert Edward Watts, 3, Springfield, Dudley Road, Tipton, said he saw the incident. When Evans was a few yards from deceased he was going at a moderate pace, and when the cycle hit deceased Evans was thrown over the handlebars. Before deceased was hit witness saw him cross from one side of the road to the other. The street lamp near where the impact occurred was not lighted, and it was raining and snowing at the time. Witness heard Evans ring his bell, and also noticed that he had a light on the cycle. In witness' opinion it was a pure accident. Edgar Arthur Bickers, 13, Canal Street, Tipton, who was with the last witness, gave similar evidence. Dr. Lloyd, house surgeon at the Guest Hospital, said deceased was admitted there, about 10 p.m. on March 21st, and died on the morning of March 27th. He was unconscious the whole of the time, and was suffering from injuries to his head. As the result of a post-mortem examination, witness came to the conclusion that death was due to meningitis, by the inflammation set up by a fractured skull. The Jury returned a verdict of "Accidental Death."
"Accident at Tipton"
Dudley Chronicle : April 5th 1928 Page 5