The Barrel stood on the south side of Wolverhampton Street and, in later years, stood opposite the Savoy Cinema. 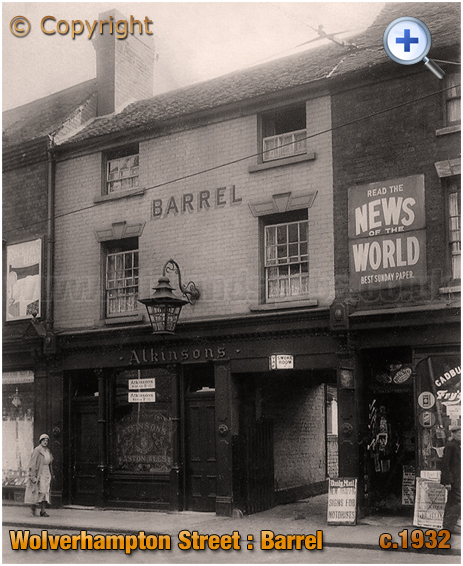 Dating from the early 1930s, this photograph shows The Barrel in the livery of Atkinson's Brewery Ltd. of Aston in Birmingham. The etched glass and lantern were particularly good features. A large passage to a rear yard can be seen, to the right of which was a newsagent's shop. The licensee at this time was John Loynes.

Licensees of The Barrel 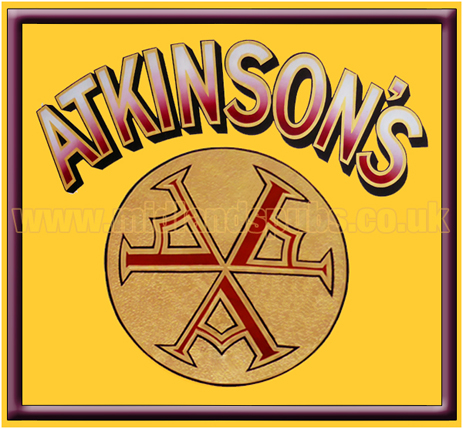 "John Warrilow was charged with having, on Monday last, assaulted Edward Davies. It appeared that the complainant and defendant who had been companions for fifteen years, and who had been bedfellows for a considerable portion of the time, had quarrelled about some report which defendant suspected complainant of having originated, and on the night in question they met at the Barrel public-house, Wolverhampton Lane, where a club of which they are both members, holds its meetings, when defendant accused complainant of raising the report, and then spit in his face. After the business of the club was disposed of, they went to a barber's shop in Stafford Street, for the purpose of ascertaining the origin of the report; but the barber not being at home, they commenced quarrelling, when defendant spat in the face of complainant, who returned the compliment. Thereupon defendant struck complainant and knocked him down three times. The Bench, after hearing the evidence, sentenced the defendant to pay a fine of £2s. 6d. and costs, or in default to be imprisoned for fourteen days. In the case Mr. Ebsworth appeared for the defendant."
"Guildhall Police Court"
Walsall Free Press and General Advertiser
February 28th 1863 Page 4