History and Information on West Bromwich in the County of Staffordshire.

Some history of West Bromwich 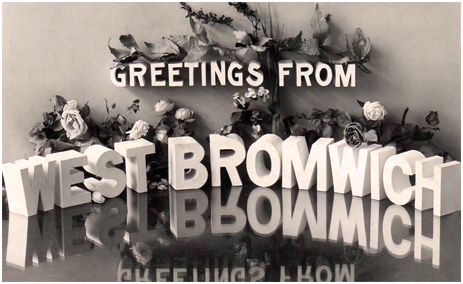 If you have a genealogy story or query regarding West Bromwich you can contact me and I will post it here in addition to including your message within the website pages for Staffordshire Genealogy.

If you would like to share any further information on West Bromwich - perhaps you drank in one of the pubs in the past? Or maybe knew a previous publican running one of the boozers? Whatever the reason it would be great to hear of your stories or gossip. Simply send a message and I will post it here.

"At West Bromwich County Court, yesterday, Judge Smith and a jury heard action brought Gladys Irene Tomkins, aged sixteen, of 9, Cordley Street, West Bromwich, against Thomas Lovatt, contractor, of Chapel Lane, Harrishead, to recover damages for personal injury caused by defendant's negligent driving of a motor-lorry. Mr. Ward appeared for the plaintiff and Mr. C. F. Hurst was for the defendant. Plaintiff's case was that on January 28th she was riding a bicycle along High Street, West Bromwich, and when near the Post Office a motor-lorry driven by the defendant overtook her. The vehicle struck her on the right shoulder, knocked her bicycle on to the pavement and she fell into the roadway, where she had a narrow escape of being run over by the lorry. She was removed to the District Hospital, where she remained until February 8th, and continued under treatment until May last. At the time the accident happened plaintiff was riding close to the pavement, and there was no other traffic on the road, which at that point was 41ft. wide. The defence was a denial of negligence, it being contended that the plaintiff overtook the motor-lorry and attempted to pass between it and the pavement. She was riding unsteadily, and fell off just she was nearing the front of the lorry. The jury found for the plaintiff, and awarded her £35 damages. Judgment was given accordingly, with costs."
"West Bromwich Accident"
Birmingham Daily Post : October 21st 1914 Page 6