Both the Three Horseshoes and the Malt Shovel are historic taverns. I believe that the Malt Shovel is the older building, as it incorporates part of a 17th century half-timbered structure. Additions to the building's core started early as, in 1801, it was described as the "newly-erected malthouse," suggesting barley was being processed here at least two centuries ago. In the 1870s the Malt Shovel was operated by the Coventry Brewery. The Malt Shovel was later operated by several larger brewery concerns including Ansell's Brewery Ltd.. 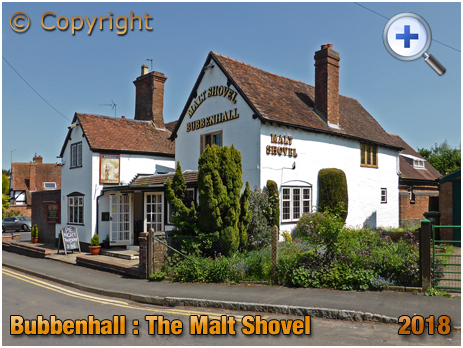 Licensees of the Malt Shovel 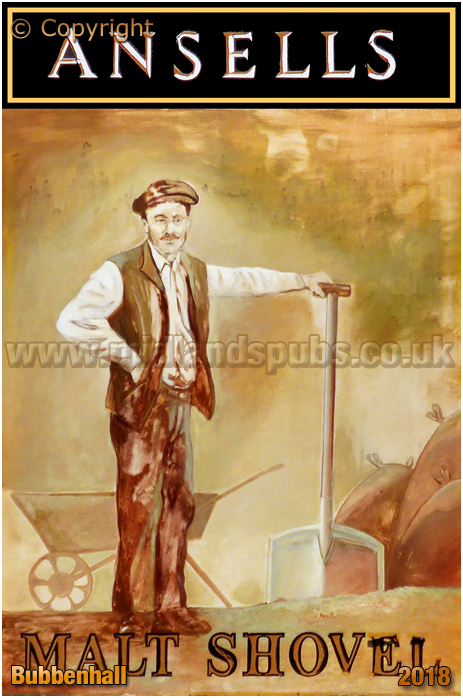 Though somewhat faded by the sunshine over the years, this is a very nice image of an old maltster leaning on his malt shovel. This old Ansell's inn sign was still fixed to the Malt Shovel at Bubbenhall in the 21st century. Part of the building housed a malthouse in the early 19th century.