Some history on Foleshill in the county of Warwickshire 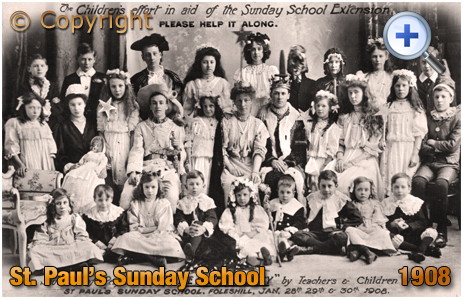 This photograph shows children of St. Paul's Sunday School in costume for their performance of "The Sleeping Beauty" in January 1908, a production staged to help raise money to finance the extension of the building housing the Sunday School. A newspaper report stated that a "grand entertainment was held in a room that was crowded to overflowing, and the large audience were greatly pleased by the splendid performance given. The first part consisted of several action songs. etc., given by the Sunday School children, and Miss Lilian Crawford also sang with great taste "May Morning." Part II., which was looked forward to with much eagerness, was a production of the fairy play, "Sleeping Beauty," by the teachers and scholars. This was excellently performed by all, but special note might be made, of the parts of the "Witch," by Miss Ada Courts; "The Queen," Miss Jessie Crawford; "Princesa Fair Star," Miss Edie Lee; "The King," Mr. James Harris; "Prince Pharamond," Mr. Alfred R. Jones. The parts of "Fair Star" and "Prince Pharamond," were very pleasing. A special orchestral band, composed of well-known local musicians, rendered selections during the evening. Altogether it was a great success, and all taking part are to be congratulated." 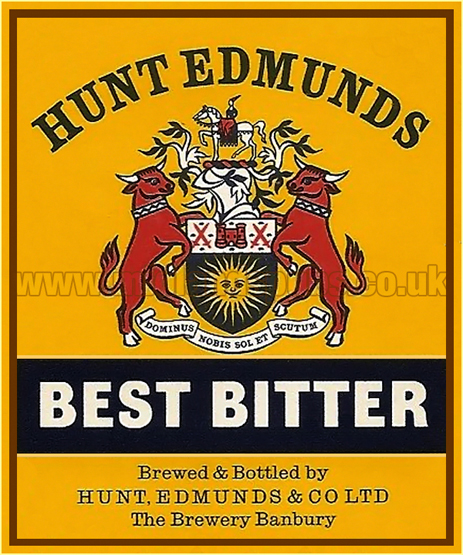 "This morning Dr. C. W. Iliffe, coroner, held an inquest at the Greyhound Inn, Hawkesbury Stop, touching the death of Jem Clay, 50 years of age, who was landlord of the Holly Bush Inn, Alderman's Green, and whose body was recovered from the Oxford Canal, into which he fell late on Friday night. James Clay, coal dealer, Alderman's Green, identified the body as that of his father. He said that deceased left home on Friday at dinner time to take some pigs to the Greyhound and did not return home. Benjamin Beesley, landlord of the Greyhound Inn, said that the deceased came to his house aboat 3.30 on Friday afternoon with a man named Steane to deliver some pigs. He had some beer in the house, but did not drink altogether above three pints. Asked by the Coroner if the deceased was drunk or sober, the witness said that he seemed to have his senses about him. The Coroner: "You know when man is three sheets in the wind? He rocks bit, doesn't he? Was he in that condition?' Witness : "Well, he did not rock, he could walk out straight. He seemed able to take care of himself." Continuing, witness said that deceased left his house about 10.30 and about ten minutes afterwards a girl named Mary Ann Farmer having heard a splash in the canal, came and gave alarm. Witness went out, got into the canal, and helped to pull deceased's body out, having to be afterwards helped out himself on account of the mud. There about twelve inches of water in the canal and four feet of mud. Superintendent Prosser said a constable came down to the spot and endeavoured to restore animation in the deceased but failed. The deceased appeared to be choked with mud. The Coroner observed that Beesley did a brave act in going into the water at that time of the night. Superintendent Prosser said the night was very dark and windy, and if the mud was sufficient to almost overcome a man like Beesley it would be too much for the deceased, who was a weakly man. A brother of the deceased said he was quite satisfied with the efforts made to rescue the deceased. The Coroner said the cause of death was evidently asphyxia, caused by drowning. He was sure they must all commend Beesley for his bravery in attempting to rescue his fellow-man that time of night, knowing also, as he did, the condition of the canal. He thanked him on his own behalf, and as representing his fellow-men, for the exertions he had made to save the deceased. The jury, in returning a verdict of death from asphyxia, caused by drowning, such drowning being the result of an accident, expressed their concurrence with the coroner's remarks."
"Drowned at Hawkesbury
Coventry Evening Telegraph : February 12th 1894 Page 3