History of the Gold Cup Inn on Castle Street at Warwick in the county of Warwickshire.

Some history of the Gold Cup Inn

The Gold Cup Inn was at No.6 Castle Street, on the south-east side of the road facing the walled Pageant Gardens. Although closed some years ago, the building remains and has been used as a restaurant in recent times. 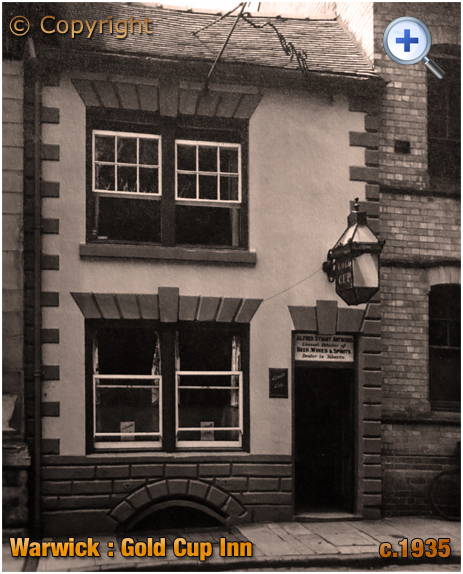 The Gold Cup Inn can be seen here in the livery of Ansell's Brewery Ltd. The company took over the Gold Cup Inn when they acquired the historic Leamington brewery of Lucas & Co. Ltd. in 1928. The Gold Cup Inn was one of more than 120 tied houses to be taken over in the business deal.

At the time of this photograph, the Gold Cup Inn was kept by Alfred Antrobus. He learned the ropes from his parents, John and Emma, who kept the Bear and Baculus in the High Street during the Edwardian period. Born at Stairfoot in Yorkshire, he was a mechanic by trade and married Ethel Range in July 1916 at Stanley in Liverpool. The couple had previously kept the Warwick Tavern. Ethel was a teacher so possibly only worked in the pub during the evening or weekends. She and Alfred had twin daughters. A popular publican, Alfred died in May 1945. 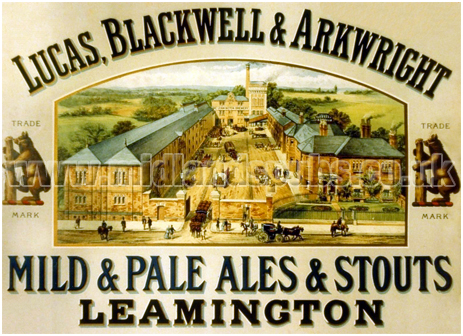 Licensees of the Gold Cup Inn

1935 - Alfred Stuart Antrobus
1950 - Leslie Arthur Beardmore
Note : this is not a complete list of licensees for this pub. 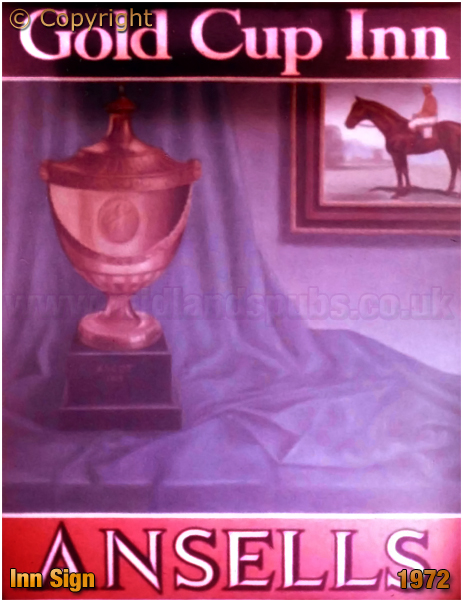 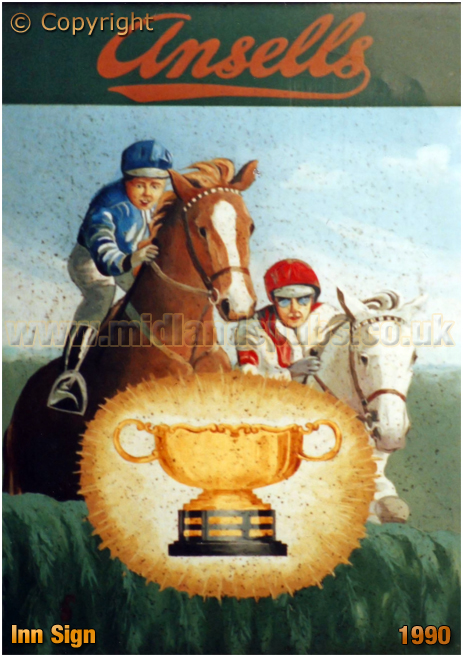 The signboard pictured in 1990 features the Cheltenham Gold Cup, a trophy awarded at the Grade 1 National Hunt horse race run at the foot of the Cotswolds in March each year since 1819. It was originally a flat race and went over the sticks for the first time in 1924.

If you have a genealogy story or query regarding the Gold Cup Inn you can contact me and I will post it here in addition to including your message within the website pages for Warwickshire Genealogy.

"On Sunday morning last, about eleven o'clock, a serious accident occurred in this town. Pugh's Birmingham coach was passing down High Street to Jury Street, at a very moderate pace, when a car, belonging to Mr. Back, of the Swan Hotel, was crossing from Church Street into Castle Street, and before the driver could pass by on seeing the coach going over the crossing, the car ran against the pole of the coach, which caught in the hind wheel of the car, by which both were upset. Each equally endeavoured to avoid the collision, but the coach was overturned, and unfortunately some of the outside passengers [of whom there were nine] received considerable injury. Mr. James Meeking, a gold-plater, of Woodstock Street, Birmingham, was seriously hurt, his left arm being fractured near the shoulder; and he was also bruised on the head. His wife accompanied him, but she was fortunately uninjured. He was removed to the Gold Cup Inn, in Castle Street, where every attention was paid to him. He was on the next day conveyed back to Birmingham, and was then going on well. Three others of the outside passengers, who at the time of the accident were apparently but little hurt, found on their arrival at Offchurch that they had received internal injury, and were obliged to go to bed. The inside passengers escaped unhurt."
"Coach Accident"
Oxford Journal : May 15th 1841 Page 4