History and Information on Bournheath in the County of Worcestershire.

A page for Bournheath within my Worcestershire section is something of an anomaly because, historically, the hamlet belongs to Catshill. If you are searching for your ancestors then Catshill is the place to look. I have only included a separate page as this small settlement has somehow managed to hang on to three public houses - a rarity in the 21st century. Moreover, Bournheath is isolated and quite distinct from Catshill. Well, in my humble opinion at least!

My relationship with Bournheath is usually on two wheels as I have cycled through the place on countless occasions - stopping, of course, for a quick beer in one of the pubs. I used to combine one of the pubs with a visit to the nearby Dodford Inn when the latter was a drinking pub rather than a restaurant. The hills roll nicely around here and Bournheath is a good pit-stop if I have been out to Warwickshire and heading home via the Bromsgrove area. I can grab a quick beer before rolling down to Dordale and up over Broom Hill towards Belbroughton and Holy Cross.

Bournheath sits in a quiet pocket of North Worcestershire, and is nestled relatively close to Clent, Belbroughton, Fairfield and Chaddesley Corbett. However, unlike these settlements, Bournheath does not have the historic tradition associated with this part of the county. The main reason is that the present village was largely built on land not enclosed until 1799. Up until that year, Bournheath was, as its name suggests, an area of heath, waste or common which included Sidemoor, the Lickey, the Linthurst Common and Wildmoor, all of which were part of the Manor of Bromsgrove. As a heath, no major roads were constructed here and this is another reason why the hamlet did not expand like its neighbours. Moreover, as the land was owned in common, no individual had the legal right to construct any buildings or enclose any field within its boundary.

It was not until 1799 that an Act of Parliament was passed enabling Bromsgrove Manor to be divided and allotted to individuals. Consequently, it was not until the early years of the nineteenth century that the village of Bournheath emerged as we know it today. The biggest period of development was between 1830 and 1840 when it was recorded that 117 cottages existed. Many of these dwellings were erected to house the nailmakers at nearby Catshill. It is possible to trace some of these buildings because in some cases a single-storey building stands at the side where the householders would manufacture nails.

Henry Ince was arguably the most famous of Bournheath's nail-makers because he led several strikes in an attempt to improve the conditions of these low-paid workers. However, this political activity is blamed for the decline of nail-making in this part of the county. The last of Bournheath's nailmakers was Henry Fisher who toiled in a workshop in Dodford Road up until the 1930's.

The availability of nail-making premises, along with a ready supply of coke from nearby Bromsgrove, brought James Harrop, a Stourbridge Glassmaker, to the village. He established his firm at Alfred's Well and soon after William Stevens joined the enterprise. He later built a furnace at Orchard Cottage. The reputation of these glassmakers led to a modest concentration of the industry at Bournheath but only lasted until just after the First World War. Examples of Bournheath Glass are quite scarce today.

Bournheath's most famous person is A. E. Housman, the scholar and poet who wrote "A Shropshire Lad." He was born in 1859 at Valley House [later called Housman's]. This building was later to become a Dames School run by a Miss Bradley. Housman later lived a little down the road at the 17th century Fockbury House. This was later to be called The Clock House. However, the locals called it 'the Clockus.'

Alfred Edward Housman was the elder brother of the novelist and dramatist, Laurence Housman. He was educated at Bromsgrove School and won a scholarship to St. John's College, Oxford, where he failed in Greats finals and entered the Patent Office. Nevertheless, he became a distinguished classical scholar and, in 1892, he was appointed professor of Latin at Cambridge from 1911. He published critical editions of Manilius [1903-30], Juvenal [1905] and Lucan [1926-30]. He is however best known for his poetry and, in particular for "A Shropshire Lad," "Last Poems," and the posthumously-published "More Poems." The lyrics in "A Shropshire Lad." are arranged roughly to form a cyclical poem in which an uprooted country lad recalls the innocence and pleasures but also, and more poignantly, the frustrations and local tragedies of a countryside which is only an imagined Shropshire and indeed hardly pastoral in the old sense at all. 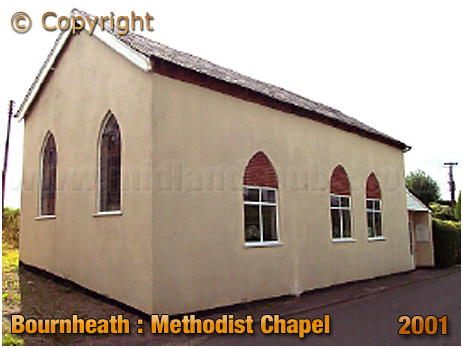 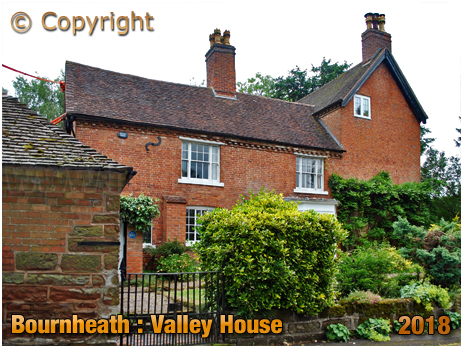 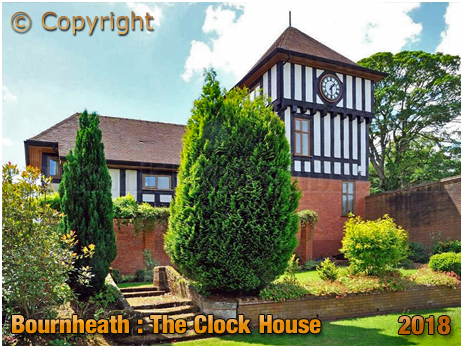 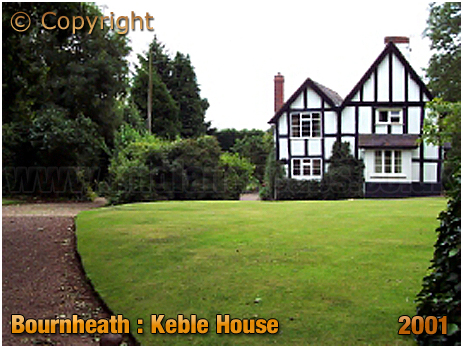 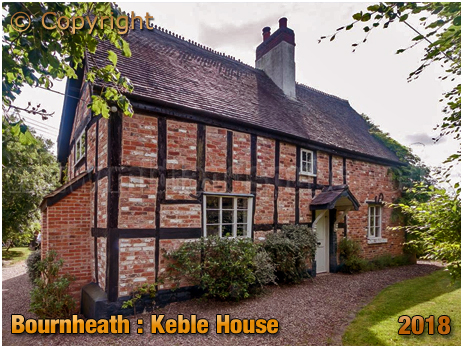 If you have a genealogy story or query regarding Bournheath you can contact me and I will post it here in addition to including your message within the website pages for Worcestershire Genealogy.

If you would like to share any further information on Bournheath - perhaps you drank in one of the pubs in the past? Or maybe knew a previous publican running one of the boozers? Whatever the reason it would be great to hear of your stories or gossip. Simply send a message and I will post it here.

"At Birmingham Assizes, on Monday, before Mr. Justice Denman, Joseph Byng, of Bournheath, near Bromsgrove. nail maker, brought an action against William Walters, also of Bournheath, to recover damages for assault. Defendant counterclaimed £50, also for assault. Mr. Pritchett [instructed by Mr. Emery Davies] appeared for the plaintiff, and Mr. Kettle [instructed by Mr. Clulow] for the defendant. Mr. Pritchett explained that the case was nominally one of assault, though the real issue was a question of right of way along a certain road in Bournheath in the parish of Bromsgrove. His Lordship: Were there any black eves and bloody noses? Mr. Pritchett said he believed each of the parties got a black eye. Summonses for assault were taken out before the Stourbridge magistrates, who declined to hear the case on the ground that there was a prīmã faciê claim of right involved. There had been from time immemorial a footpath running between the Bournheath Road and another public road, with a stile at either end. The land was bought by a building society, who in laying out the land constructed a waggon road on the site of the old footpath. Plaintiff and others claimed the right to use this road, but defendant, who had an allotment from the building society, disputed the claim. On the 12th August last year defendant assaulted the plaintiff without any provocation. Plaintiff would be content to put the damages at 5s. Mr. Kettle said that the defendant did not claim the road, but maintained that the ground was vested in the trustees of the building society. His Lordship: Then we are simply trying an assault de main. Planitiff gave evidence of the assault, and went alongside his lordship to explain upon the plan the situation of the road in connection with which a right of way was claimed. The witness proceeded to answer and explain very rapidly, whereupon his Lordship jocularly remarked, "Do not answer any more than I ask, or I shall feel inclined to knock you down." [Laughter.] After hearing other witnesses his Lordship gave judgment for the plaintiff for 5s. and costs, and in regard to the right of way, he found that the issues were in favour of the plaintiff."
"Right Of Way at Bromsgrove"
Worcester Journal : April 9th 1892 Page 3