Some history of the Bell Inn at Eckington in the county of Worcestershire. 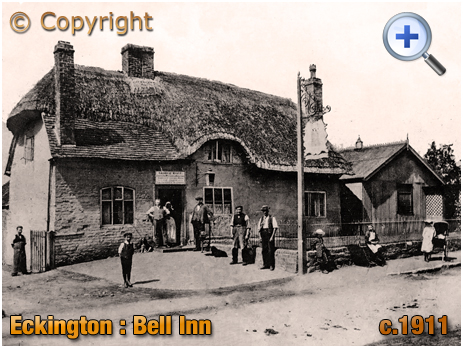 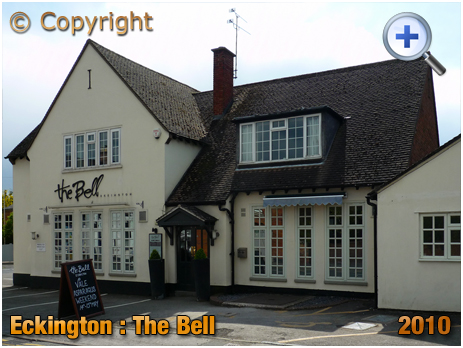 Licensees of the Bell Inn

"Pleading that he was drugged with wine, Joseph Gould [57], a labourer, of Hocketts Lane, Eckington, was found guilty at Pershore Police Court on Tuesday of stealing 2s. 2d. from the till at the Bell Inn, Eckington, on April 2nd. Defendant elected to be dealt with summarily and pleaded guilty. Mrs. Winifred Harriet Hunt, wife of Mr. Harold Hunt, the licensee of the Bell Inn, Eckington, said that shortly after 1 p.m. she and her daughter went into the dining room to have some food, leaving defendant and another man in the bar. She heard a noise and asked if the men were all right. Gould replied. "We are all right." She heard another noise and went into the bar and saw Gould, who had 2s. 2d, he had taken out of the till. She asked him why he had done it and he said he could give no explanation. He assured witness that the other man in the bar was "not in it." P.C. Blower said when he interviewed defendant, Gould said, "All I can say is that I am very sorry. I would not have done it for the world. I was drunk and put my arm over the counter and took the money out of the till." He added "I had been pig-killing, and had been drugged with wine. It was the wine, not me, who did it," said the defendant. Inspector Price said defendant was a married man with a 15-year-old son. He was described as a good workman, honest and straightforward, but apt to indulge in drinking bouts. He served in the late war, an was wounded in the back. After retiring, the Chairman [Mr. E. C. Cholmondeley] said the Bench had decided to take a lenient view, and bind defendant over for six months. He was ordered to pay 18s. 6d. costs, and was given one month in which to pay."
"Stole From Eckington Inn Till"
Evesham Standard
& West Midland Observer : May 1st 1937 Page 1