Some history of the Crown Inn at Eckington in the county of Worcestershire. 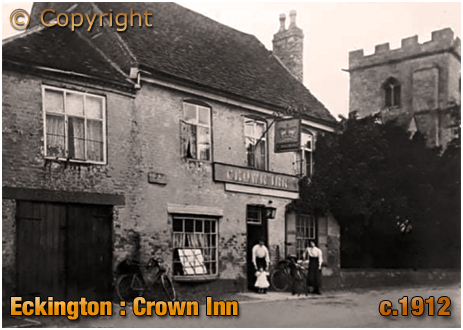 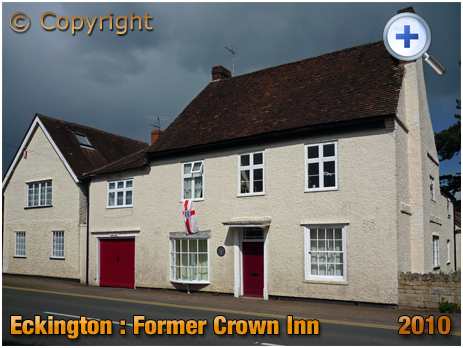 Licensees of the Crown Inn 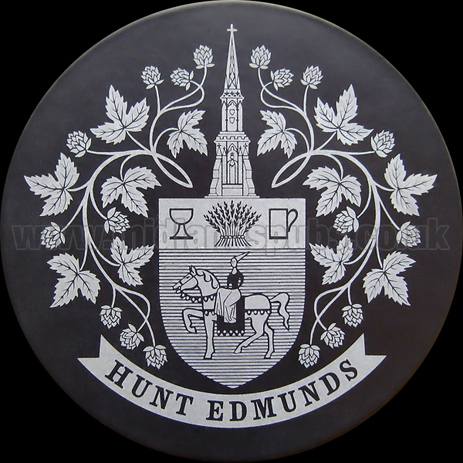 "At the Pershore Police Court, Rose Ellen Eaton, of Holt, was brought up on remand charged with stealing a pair of boots, musical snuff-box, stockings, and numerous other articles of wearing apparel, the property of Rose Watson, Crown Inn, Eckington, in whose employ defendant was as general servant. Mr. S. Hosgood [Tewkesbury] prosecuted. It appeared that defendant went to Worcester on Saturday, and during her absence prosecutrix missed the stolen articles. She informed the police. P.C. Milsom said he met defendant as she returned from Worcester, and she admitted wearing Mrs. Watson's boots and some of her underclothing. Defendant denied taking anything else, but when her box was searched all the articles were found, which witness produced. Defendant was also charged with stealing two bottles of brandy and one bottle of port wine, the property of Arthur William Allard, Crown Inn, Eckington; and Ann Mitchell, of Eckington, was brought up on bail charged with being an accomplice. Mr. Hosgood again, conducted the prosecution, and Mr. C. G. Chambers [Pershore] appeared on behalf of Mrs. Mitchell. The Bench consented to withdraw the charge against Eaton, on Mr. Hosgood saying he could prove that she only acted on the instructions of the elder defendant. Eaton, called as a witness, stated that on the 17th inst. Mr. Allard was away from home, leaving Mrs. Watson in charge of the house. Mitchell was accustomed to work there as charwoman, and was there that day. About seven o'clock in the evening defendant induced her to fetch a key, and, a door being undone, they filled three bottles, two with pale brandy and one with port wine, and also a hot-water jug with brandy, and took the lot into witness's bedroom. Defendant went home just before 9, taking the three bottles wrapped up in a skirt, and the jug in her hand. Cross-examined: It was true she had had some underclothing from defendant, but she had paid her for it, and she had recently had two nightdresses from her, for which she was to have paid 3s. 1d., but defendant said she would give her them "for what she had done for her." P.C. Milsom said that when he charged Mitchell with the theft she strongly denied it. He went home with defendant, and she gave him a bottle of brandy and one of port, and said Eaton had given them to her on Thursday for some clothes. She also said that the girl and two young men, Perks and T. New, had drunk one bottle of brandy. Mr. Watson, Mr. Allard, and Inspector Walker also gave evidence, and W. Perks and T. New denied drinking anything at Mrs. Mitchell's. The Bench severely reprimanded and cautioned Eaton to the first charge, and decided to treat the case under the First Offenders Act. Mitchell was committed to the Assizes, but on the application of Mr. C. G. Chambers, who said she was a woman of means let out on bail of £20."
"Alleged Theft by a Servant"
Worcestershire Chronicle : June 3rd 1899 Page 3