History and Information on Langley and Langley Green in the County of Worcestershire.

Some history of Langley 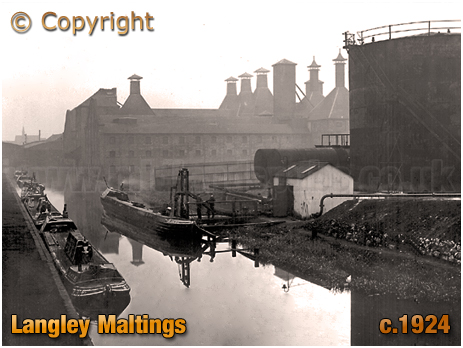 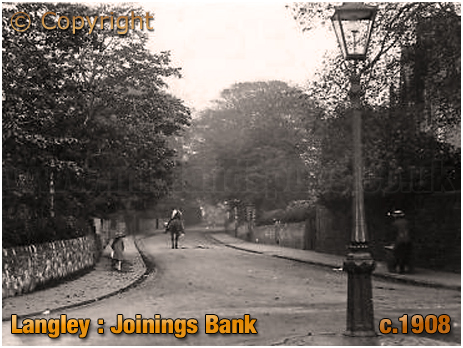 If you have a genealogy story or query regarding Langley and Langley Green you can contact me and I will post it here in addition to including your message within the website pages for Worcestershire Genealogy.

If you would like to share any further information on Langley and Langley Green - perhaps you drank in one of the pubs in the past? Or maybe knew a previous publican running one of the boozers? Whatever the reason it would be great to hear of your stories or gossip. Simply send a message and I will post it here.

"Walter Showell, late of the Victoria Brewery, Oldbury has erected a brewery over the celebrated Crosswells spring, and given the building the appropriate name of the Crosswells Brewery. Not to disturb the ancient right of the residents of the district, he has provided a spout from which the fresh spring water may at any time be obtained. Including the land, the brewery has cost about £10.000 in erection. The building is 110 feet long 35 wide and high, contains good cellars, and which with the cooperage, stables, van yard and barrel ground, occupies two acres of land. In the construction, the principle of boiling by steam has been adopted, as by the chief breweries in Manchester. The floors are of brick and the tanks, cisterns, and machinery supported by massive girders, and columns. In fact, the aim was to make the brewery a perfect model, and the mark has been happily hit. Everything possible has been done to economise labour. Nature and machinery alone do the brewing. From the moment the water springs from the earth to the time of its transformation into beer, not one spot nor any ingredients with which it becomes mixed, is allowed to be touched by the hand of man; and brewsters - i.e., female brewers - are not employed upon the premises. The whole machinery goes like clockwork, the spring being key. Around the spring is fixed a large covered tank, whence in the first instance the water is pumped into a hundred barrel iron cistern, at the top of the building on the right hand side. The water is then turned into a cistern below, where having been heated to the proper temperature by means of steam coils, it is let off into thirty-quarter mash tub. Over this huge rotundity hangs the "malt hopper," through which, elevated from the ground floor by "Jacob's ladder," the malt falls into the water. Separated from the grains, the fluid is drawn off into the "wort boiler," where it is boiled with the hops. The wort is next turned into the "hop back," and, after being strained, flows to the pump, on the ground floor. It is then raised to the "cooler," at the left of the top storey, and passing through Baudelot's patent "refrigerator" is turned into the fermenting rounds. There are seven of these rounds in the third storey, each containing 60 barrels, and worked by a patent skimming apparatus. The beer is afterwards turned into the settling backs, and racked into the barrels, or turned from the fermenting rounds into the "union," both systems of brewing being carried on at the brewery. The union room is to the left of the second storey. The copper room is bricked up so as to prevent the steam from the wort boiler entering any other portion of the building. On the ground floor there are the offices, with wine and spirit cellars at the back, Mr. Showell being Gilbey's agent; at the right the engine room, malt mill, etc., and in centre the settling back, where the barrels are filled. On the different floors are the malt-room, sugar-room, and everything necessary for a brewery. The boiler in the yard is about 20 feet long by 6 feet 6 inches in diameter. The pump used to raise the water from the spring to the cistern at the top of the building is one of Tangye's patent, and of Lilliputian dimensions, being 2 feet long. The building has been erected from plans and specifications prepared by William Jenkins, architect, Bennett's Hill, Birmingham. The engineers were Messrs. Gregory and Haines, Manchester , The combined excellence of the building, the brewing arrangements and the spring, augur well for the quality of the "Crosswell Beer."
"The Langley Brewery"
County Express : October 24th 1874 Page 6