History and Information on Oldswinford in the County of Worcestershire.

Some history of Oldswinford

Swinford is derived from a brook called Swin. Old was added later to distinguish the settlement from that at nearby Kingswinford. The ford refers to first a Roman and, later, Saxon crossing of the brook although the exact position has not been determined because the waterway has changed course and in terms of flow over the centuries. It has also been suggested that the ford could refer to a crossing of the River Stour as the parish of Swinford extended up to, and included Amblecote, the latter being in the county of Staffordshire.

The ancient thoroughfare of Brook Road running into Oldswinford from Chawn Hill is named after the brook which rises in Ham Dingle which used to feed a pond located between Oldswinford Castle and the Junction Station. From there it flowed under a culvert beneath Brook Road and toward Job's Lane where, in the early part of the 19th century, it powered a small forge. The brook eventually flowed into the River Stour near to another location named after a crossing - Stepping Stones. 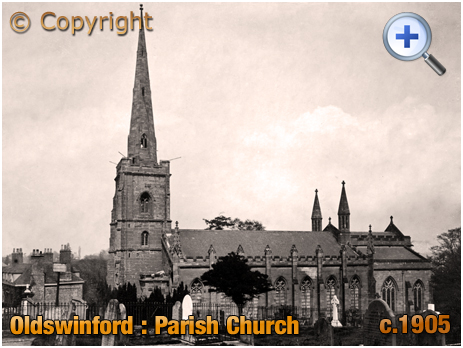 There has been a church in Oldswinford since the 11th century and possibly earlier. A priest was recorded here in the Domesday Survey. The present church is largely from the 19th century, though the tower is thought to date from the 14th century. As seen in the above photograph, this was surmounted by a tall spire added to the structure in 1810. However, this was removed in 1982. Indeed, the tower was a matter of great safety concern in 1937 when the eminent architect Sir Giles Scott was asked to examine both the tower and the nave. 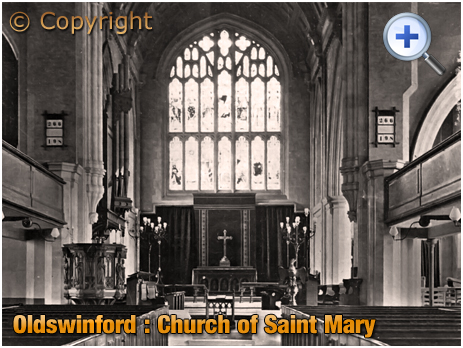 Despite continual repairs, the cost of maintaining the old church was deemed prohibitive so a new building was commissioned in 1842-3, the stone for which was quarried on land belonging to the Feoffees of Oldswinford Hospital, in the parish of Pedmore. This stone is liable to erosion and has proved problematic since. There appears to be a divide between ecclesiastic architectural buffs, with some saying the Robert Ebbells-designed structure is 13th century gothic, whilst others state it is in the Decorated style. The windows are full of rich tracery, the whole of which are filled with stained glass by Evans of Shrewsbury, paid for by the family of William Hunt, a solicitor who had died following a riding accident six months before the church opened. With a considerable number of people turned away, Saint Mary's was packed when it was officially opened by the Bishop of Worcester in October 1843.

The church was considerably enlarged in 1898 when a new chancel by Chatwin, vestry, south chapel and organ loft were added by Messrs. Collins and Godfrey of Tewkesbury. This was constructed with red Bromsgrove stone. A thorough restoration was led in 1938 by Sir Giles who also designed the gateway and church walls. 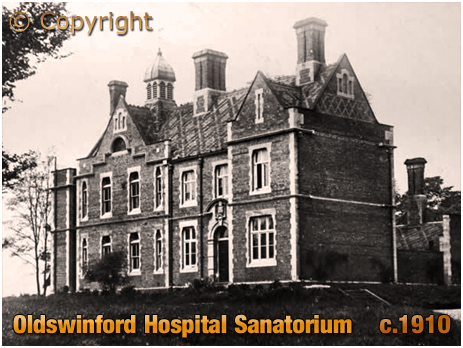 Formerly known as The Bluecoats, Old Swinford Hospital School was founded in 1667, a gift from the Foley family who made their fortune by introducing a slitting mill to the Midlands after 'Fiddling Foley' conducted an industrial espionage mission in Sweden. The ironmaster Thomas Foley was a prominent landowner and acquired a number of local manors but lived at Great Witley. He was reportedly inspired to build the school following a sermon by Richard Baxter, the English Puritan theologian. The original aim was to educate 60 boys from "poor but honest" families nominated by specified parishes in the region. It only took 350 years for the hospital to admit girls for their entire secondary education. One of the most notable Old Foleyans was William Henry Bury, once suspected to be Jack The Ripper.

Other buildings of note include Swinford Old Hall, once called The Laurels, dating from the mid-18th century. A walk along the picturesque Church Road will be rewarded with the site of a number of interesting buildings. The Castle is an early 19th century partly-castellated structure which was originally built in the Tudor style but has received several hotch-potch rebuilds. A much older building stood on the site and is marked on a map dated 1699. This is thought to be a timber-framed building which came into the ownership of the Hickman family who were closely associated with Stourbridge's cloth trade. Edward Hickman began adding the castellations to the building after he gained the freehold in 1782. The rectory is a fine five-bay red brick house dating from around 1700. Nos. 6-16 Church Road is a splendid row of old cottages which all feature late Georgian lancet windows. 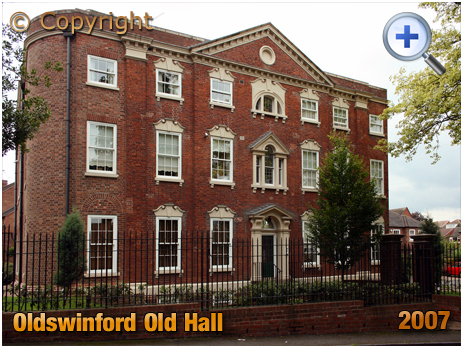 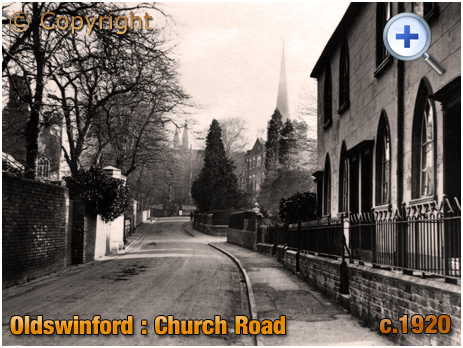 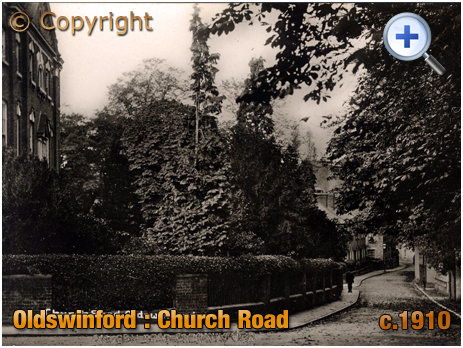 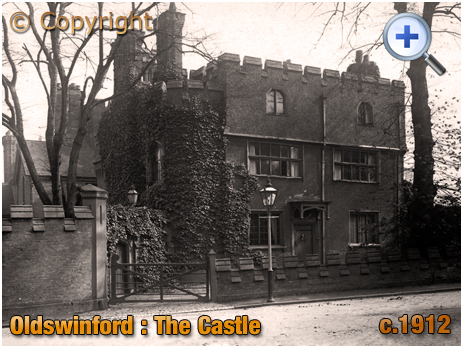 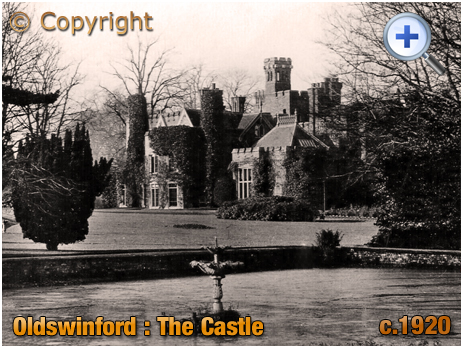 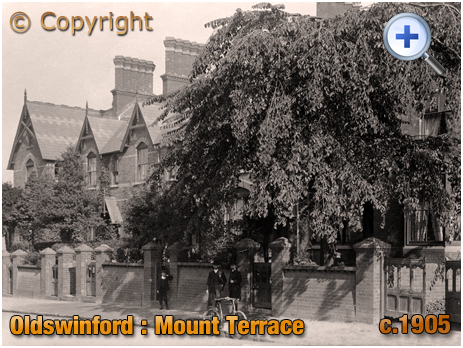 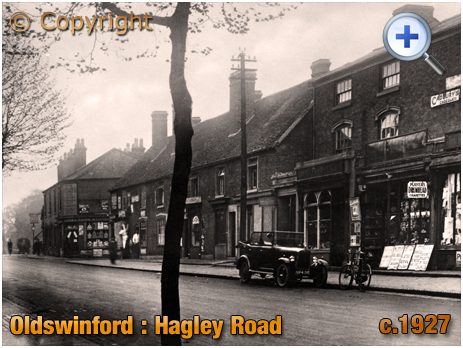 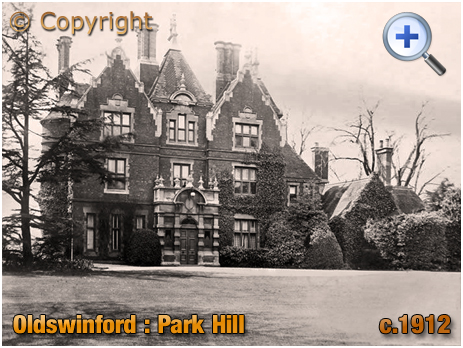 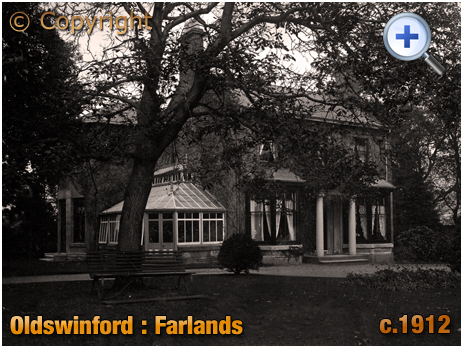 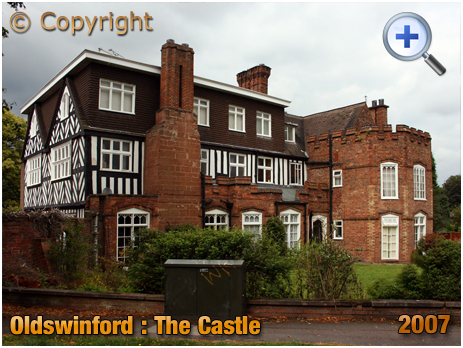 If you have a genealogy story or query regarding Oldswinford you can contact me and I will post it here in addition to including your message within the website pages for Worcestershire Genealogy.

If you would like to share any further information on Oldswinford - perhaps you drank in one of the pubs in the past? Or maybe knew a previous publican running one of the boozers? Whatever the reason it would be great to hear of your stories or gossip. Simply send a message and I will post it here.

"William Perks, nailor, was indicted for stealing a purse, three sovereigns, and some silver, from the person of John Day, Oldswinford, on the 2nd March. Mr. Davis conducted the prosecution. Prosecutor went to a public-house and got drunk and was taken to the station house. While in that state he lost his purse. A witness said he saw prisoner take the purse from Day's pocket while he was drunk. Prisoner called Amelia Hughes whose evidence went to prove that the servant girl at the inn was busily engaged with a man, that prisoner did not go to the inn till two hours and a half after the prosecutor stated, and that she sat between prisoner and prosecutor, and prisoner never moved from his seat all the evening. Not guilty."
"Robbert From The Person at Oldswinford"
Worcestershire Chronicle : March 11th 1863 Page 6 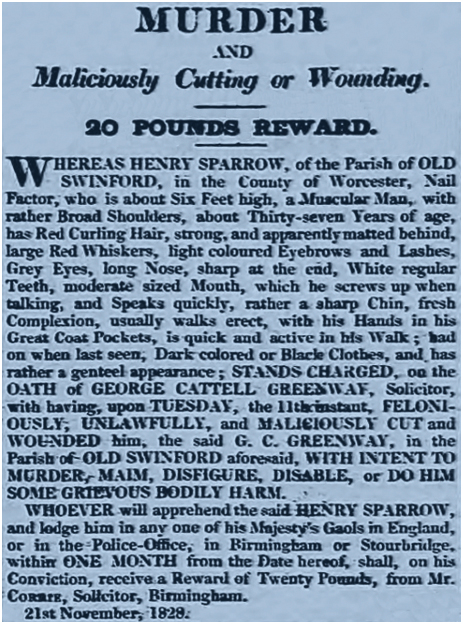 "Jeremiah Lacy, bricklayer, Oldswinford, was charged with assaulting Joseph Bird, of the Heath, on the 3rd inst, and he was further charged with assaulting William Jones, Oldswinford, on the same date. Mr. Perry prosecuted. Defendant had been bound over to keep the peace some time ago. His wife was living away from him, at the house of Jones, her brother. On the night in question defendant went to Jones's house, and while Jones was ejecting him, it was alleged that he struck and kicked him. It was also alleged that the other complainant, Bird, who is the landlord of the house occupied by Jones, was struck on the mouth by the defendant. The Bench fined the defendant 20s. and costs in each case, with the alternative of one month for each offence."
"Assault Cases"
County Advertiser : September 10th 1881 Page 5

"Private J. Cunningham, of the 1st Worcesters, writing from France this week to his wife, who lives at 31 Hall Street, Oldswinford, says: "We have just had three days' hard fighting which have proved successful. Am glad to say I came out quite safely, but I had some narrow escapes. I was shot through my braces, breaking the buckle off, through the back of my overcoat underneath the shoulder, and through the jacket, the bullet coming out and killing the next man to me. Also had a narrow escape through a shell bursting over my head and killing the next man to me. Do not be surprised if you see my name in the paper amongst the missing as there were eight of us left behind. We were holding a trench just in front of the German trenches. We got away the next night and rejoined our regiment, but had then been reported missing."
"Oldswinford Soldier's Narrow Escapes"
Dudley Chronicle : March 27th 1915 Page 5