Some history on Redditch in the county of Worcestershire

This section features the old town of Redditch so does not include all the districts that make up the 'new town' that was designated in April 1964. Please see the separate pages for parishes now lumped in with Redditch.

Redditch, or Red-Ditch, was mentioned in 1348 and the name is thought to be a reference to the red clay of the River Arrow. The town and surrounding area became a centre of needle-making. The skills of the workforce enabled firms to diversify into other fields such as fish-hooks and fishing tackle. Other industries were established, particularly cycles and motor-cycles. The old industries have been replaced by light manufacturing and services, spread around several industrial estates developed in the 1960s.

The history of the town's industries is centred at the National Needle Museum. There are also ruins of Bordesley Abbey, along with some remains of a medieval moated settlement. 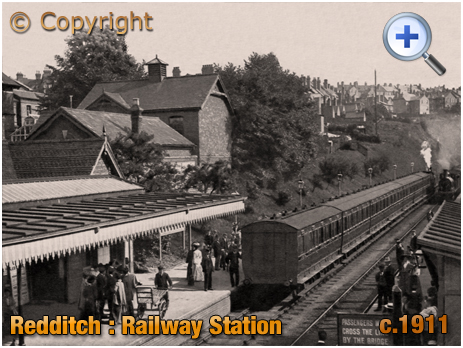 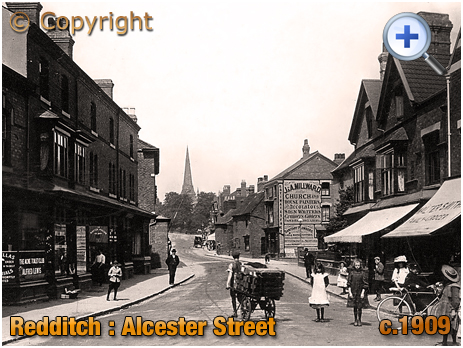 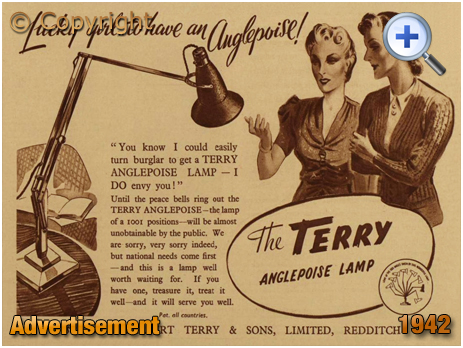 "John Davis, of Web Heath, was cycling down Mount Pleasant, Redditch, on Saturday, when the front forks of his cycle snapped, causing him to be violently thrown to the ground. He sustained severe cuts about the face, and was badly bruised and shaken. He was conveyed to the Smallwood Hospital in a motor car, and received medical attention."
"Licensing Meeting"
Worcestershire Chronicle : October 2nd 1872 Page 3

"At an inquest at Stourbridge on John Smith [29] a Redditch cyclist, who while riding through Lower High Street, Stourbridge, skidded and fractured the base of his skull, it was stated that several accidents had occurred at the junction of the wood paving and the metalled part of the road, and the Coroner [Mr. J. T. Higgs] said he should draw the attention of the Borough Surveyor to the matter."
"Redditch Cyclist Killed"
Evesham Standard : June 3rd 1922 Page 7