History and Information on Wythall in the County of Worcestershire.

Some history of Wythall

This page covers the parish of Wythall, along with the outlying areas of Drake's Cross, Headley Heath, Hollywood, Silver Street and Weatheroak Hill, including the hamlets of Inkford and Tanner's Green. Being close to the border of Warwickshire creates problems for those digging around for documents. This is compounded by the fact that the area has formed part of other parishes. Wythall was a chapelry of King's Norton before it became an independent ecclesiastical district in 1853. Weatheroak Hill was divided between Wythall and Alvechurch. The civil parish of Wythall was formed when the rest of King's Norton parish was transferred to Birmingham in 1911. 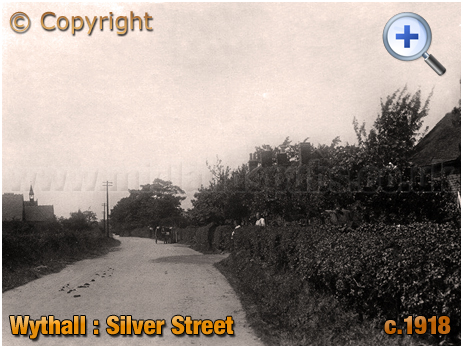 In terms of ancient history, the name of Wythall is relatively recent. It was formerly known as Wythewood, though in Saxon times the place was recorded as Withan Weorthing, a reference perhaps to the large collection of Willow Trees that once grew close to the River Cole. However, by medieval times, the area was known as Wyhtehalle, possibly a reference to an ancient farmhouse. The name of Wythewood has survived at Wythwood Cottage where, nearby, there is the remains of a medieval moat. 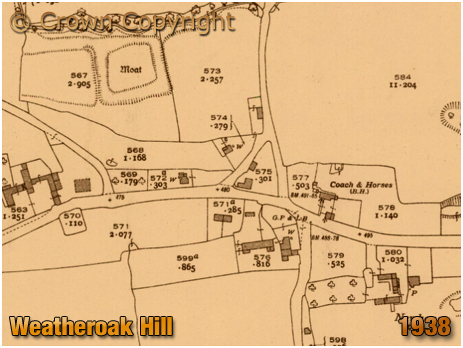 The remains of another moat can be found at Weatheroak Hill, possibly part of the ancient house occupied by the Field family in the 13th century. This property was eventually replaced by Weatheroak Hall after the estate was acquired by the Mynors family in the late 18th century. A 'new' hall was erected by Robert Mynors in 1884, much of which forms part of the clubhouse of King's Norton Golf Club. 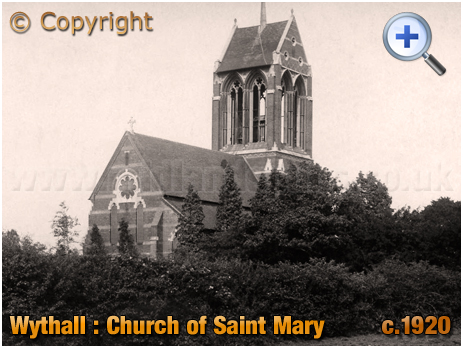 I cycle through parts of Wythall quite regularly as, heading out from the Black Country, it is on the way to destinations in Warwickshire and beyond. If I am around Weatheroak Hill I can never resist pedalling along Chapel Lane in order to admire the remarkable church tower, the creation of the Wolverhampton-born architect William Bidlake. The tower can be seen from quite a distance and, combined with its design, reminds me of travelling along Flemish roads, though the design is thought to have been inspired by places of worship in Normandy. 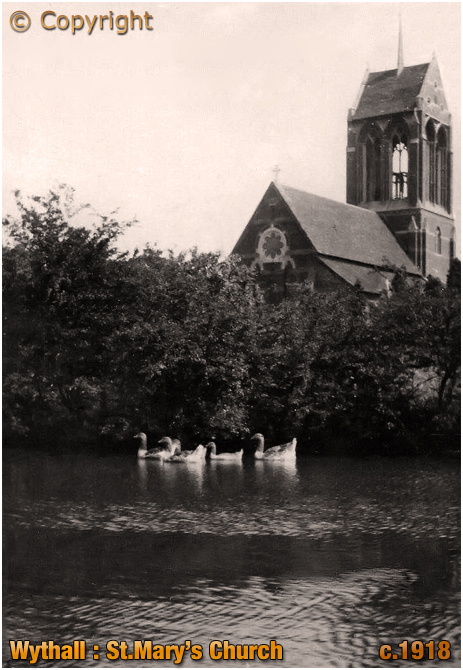 Funding for the tower's construction was donated by the Mynors family of Weatheroak Hall during the mid-Edwardian period. Completed in 1908, the work was undertaken by Mr. Harvey Gibbs of King's Heath. The stone was also the work of another King's Heath business as David French was awarded the commission. The art historian Nikolaus Pevsner described "The splendid central tower" as "very high, of darker brick and its upper parts all open so that one can see through it. On each side are two very high two-light openings. richly crafted. The top is a saddleback roof with an odd flêche in the middle and an equally odd polygon stair turret running up one corner." Ironically, it was the tower that was largely responsible for the church being deemed unsafe and it ceased to be a place of worship in 1986.

The tower was an addition to St. Mary's Church, a Victorian building designed by Frederick Preedy and erected in 1862. There had been older chapels on the site. The earliest chapel may have been erected by the de Belnes, who had built a similar place of worship at Bell Hall in Bell End near Belbroughton. The chapel was close to a crossing of two important roads, a salt road from Droitwich to Coventry and the Birmingham to Alcester highway. The chapel was replaced around in 1777, a date confirmed in a reference by the Worcestershire historian Treadway Russell Nash. 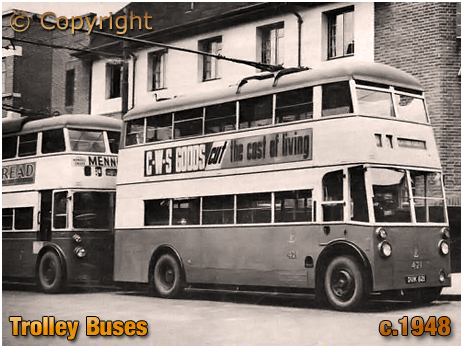 A short distance to the north of St. Mary's Church is the Transport Museum operated by The Birmingham and Midland Motor Omnibus Trust. The museum occupies part of the old Royal Air Force complex that was established at Wythall in 1939. The station's principal role was the barrage balloon defence of Birmingham, Coventry and parts of the Black Country. In the post-war years the station served as a demobilisation centre, school of administrative trades, and a signals centre before its closure in 1959. 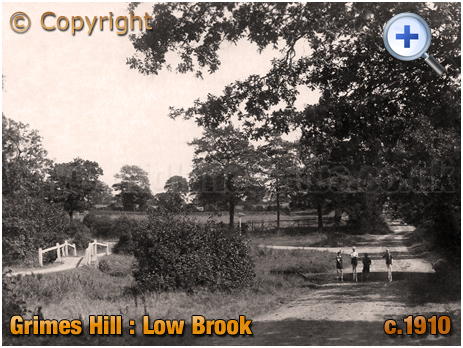 There was once a windmill close to the chapel, roughly on the site of Beckett's Farm. The windmill at Weatheroak Hill has survived having been converted into a luxury home. The mill is thought to date from the early 19th century and was still fairly complete in the 1890s. After serving the local area as a water tower in the post-war years, the mill fell into disrepair. Capped by a circular window arrangement, it was converted into a house in recent times by a local developer. 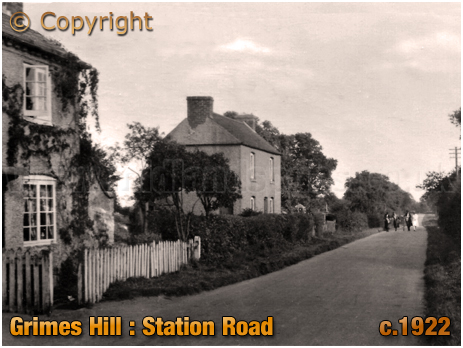 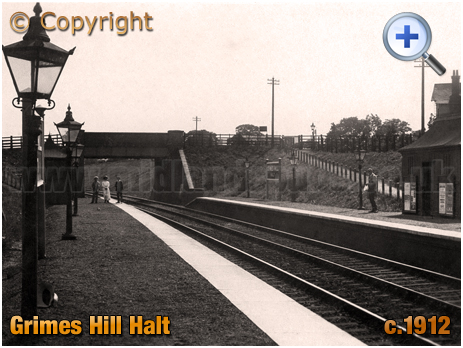 Wythall is still served by a railway station and could be used as a launch pad for an exploration of the area's public houses. I have been known to arrive here with my bike and trailer in which our dog was wheeled around Earlswood before a session going through the card at the Coach and Horses. The station opened in July 1908 as Grimes Hill Halt on the Birmingham, North Warwickshire and Stratford Railway. In 1914 the station's name was changed to Grimes Hill and Wythall Halt. Since 1974 the name was shortened to Wythall.

Wythall [better known as Wythewood], a chapelry of King's Norton, was made an independent ecclesiastical district in 1853, and includes the outlying adjacent portions of King's Norton, Solihull, and Alvechurch parishes; It is 3 miles south from the King's Norton station of the Birmingham and Bristol Railway, 8¼ south from Birmingham, 8 south-west from Bromsgrove, in the Eastern division of the county, Upper Halfshire hundred, King's Norton union, county court district of Birmingham, rural deanery of Droitwich, and archdeaconry and diocese of Worcester. Bell Brook runs through the chapelry. The church, a brick building in the Decorated style, consisting of nave and chancel, was built in 1862, with accommodation for 352 persons; 253 of the seats are free: it contains a memorial east window, the gift of Mrs. Mynors and R. Mynors, Esq., of Weatheroak. The register dates from the year 1862. The living is a perpetual curacy, yearly value £150, with residence in the gift of the perpetual curate of King's Norton, and held by the Rev. Thomas Cook Yarranton, M. A,, of Sidney Sussex College, Cambridge. There are Free schools for both sexes, supported by voluntary contributions. There are places of worship for the Baptists, and also for the Unitarians. Weatheroak Hall, one mile south-west, is the seat of Robert Mynors Esq., D. L. Black Greve House is an old moated house. James Taylor, Esq., is lord of the manor. The soil is peaty, and produces wheat, oats and beans. The area is 2,510 acres, and the population in 1861 was 1,025. National School, Miss Elizabeth Buckley, mistress. 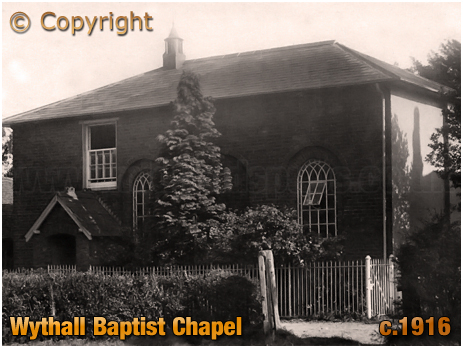 If you have a genealogy story or query regarding Wythall you can contact me and I will post it here in addition to including your message within the website pages for Worcestershire Genealogy.

If you would like to share any further information on Wythall - perhaps you drank in one of the pubs in the past? Or maybe knew a previous publican running one of the boozers? Whatever the reason it would be great to hear of your stories or gossip. Simply send a message and I will post it here.

"Mr. Francis Statham, farmer, of Wythall, is reported to have committed suicide. Deceased, who was married and leaves a large family, has for some time past been involved in financial difficulties, consequent upon the depression in agriculture, and Thursday was the date fixed for the sale of his effects, which had been rendered necessary by his inability to pay his creditors. The thought of the poverty and distress seems to have been too much for the unfortunate man, who, on getting out of bed, procured his gun, and by means of a piece of string attached to the trigger and worked by his foot he exploded the weapon."
"Suicide at Wythall"
Worcester Journal : February 3rd 1894 Page 8

"A serious charge of fraud against a Wythall schoolmaster was investigated at King's Heath Police Court yesterday. The accused, whose real name is Edward Britten Gregory, was appointed to the headship of Wythall Church of England schools last May, the understanding that he was a certificated teacher named Gilbert Atchinson. The prosecution, however, alleged that prisoner had his own certificate cancelled for immorality in 1893, and that he personated a former pupil named Gilbert Atchinson in order to obtain a fresh "parchment." The prisoner was committed for trial at the Worcestershire Quarter Sessions."
"Serious Charge Against a Schoolmaster"
Nottingham Evening Post : October 1st 1902 Page 3

"At Wythall, near Birmingham, today the house occupied by William Knowles, aged 86, and his wife, was entered by two burglars, who being disturbed attacked the old couple, beating them severely about the head. The woman is not expected to recover. No arrests have been made."
"Outrage by Burglars"
Worcester Herald : January 5th 1906 Page 3

"On Saturday evening James Harper, 94, Windsor Street, Ashted, in the employ of Mr. B. Lovewell, wholesale grocer, Lawley Street, was unloading goods at the back of his van at Alcester Road, Wythall, when he was knocked down by a motor cycle. By permission of the Birmingham authorities the horse ambulance from King's Heath was obtained, and he was removed to hospital, but was not detained."
"Motor Cycle Accident at Wythall"
Birmingham Daily Mail : November 15th 1915 Page 3

"The death has occurred at Alvechurch of William Surinam [78]. When retired from the postal service a few years ago he was the oldest servant of the department in the Redditch postal district. Until 1884 the districts of Wythall Heath, Silver Street, and Kingswood, and the village of Drake's Cross were in the Alvechurch postal delivery. For 21 years Surinam delivered letters on this long round daily, walking fourteen miles the morning and in the evening Sundays excepted, in all weathers. After the adjustment of the Wythall and Drake's Cross delivery, the distance covered daily by Surinam was somewhat less. It is estimated that during his 37 years' service he walked 140,000 miles."
"Postman Who Walked 140,000 Miles"
Birmingham Daily Mail : December 4th 1915 Page 4

"Fines and costs amounting to £25.14s. were imposed at Wythall yesterday on Thomas Dean, Park House, Pershore Road, Selly Park against whom the magistrates held that charges were proved of being drunk in charge of a motor-car on the Alcester Road, Wythall, on 19th October, driving to the danger of the public, failing to produce his licence, and with assaulting J. E. Pridden, a special constable at Wythall. Mr. Wylie submitted that defendant was not drunk, but labouring under excitement, he being a man of a very nervous temperament."
"Motorist Heavily Fined"
Birmingham Gazette : November 3rd 1917 Page 5